Will U.S. Follow U.K. in Waning Gen-X and Gen-Y Support for Entitlements? 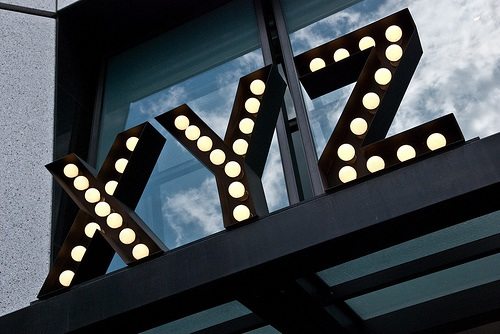 A recent report from the U.K. provides context to the contentious reporting of the Washington Post regarding formerly employed persons with disabilities seeking Social Security disability benefits while they were unemployed. It is a harbinger of the future if we are not very, very careful—in the midst of budgetary austerity, the public’s potentially increasing sense that some “entitlements” are justified and important, while others may not be as valuable or as deserved.

Although so-called welfare-state entitlements mean, essentially, that you are entitled to the benefit, some of the generational respondents indicated higher levels of support for some entitlements over others. For example, according to Figure 4 in the work, Generation Y respondents ranked five entitlements as priorities for potential extra spending: Over 50 percent thought child benefits merited extra spending, over 40 percent supported old age pensions and disability benefits, but only around 30 percent would support increased spending for single-parent benefits, and less than 20 percent for unemployment benefits.

There was an odd convergence of opinions, however, between the Pre War and Generation Y respondents regarding the fairness of the entitlement system. According to the report, “the Pre War Generation and Generation Y are most likely to believe that many people receiving support from the welfare system do not deserve any help, with a sharp difference between the oldest cohort and the rest in particular (figure 11). This illustrates that it is possible both to be proud of the welfare state and willing to commit more resources to it, but also to be concerned about the way that it works in practice.”

It all adds up to a disturbing picture presented in Figure 17 concerning the proportion of respondents across all generations that support government welfare spending. Around 70 percent support spending on old age pensions and between 55 and 60 percent on disability benefits. Child benefits get support from 40 percent of the population, but spending on single parent and unemployment benefits, particularly the latter, hover a little above 10 percent. What explains the lower support for these benefits? The report authors suggest that it reflects the population’s sense that the recipients of single-parent or unemployment benefits do not exhibit the quality of “reciprocity” or “deservedness.” According to the report, the respondents appear to indicate “that there are two categories of people who deserve support from the welfare system: those who find themselves in need, through no fault of their own; and those who have a right to public support, either by virtue of their citizenship or because they have contributed to the system in the past…Pensioners come top of the priority list, enjoying support across generations because they are seen to be needy and to have contributed…By contrast, spending on the unemployed has least support because of scepticism that they qualify as vulnerable or the view that they are unlikely to make reciprocal contributions in the future.”

What is the importance of these findings to the U.S.? To this point in the federal budget battles, discretionary funding has been vulnerable to cuts, but entitlement funding has been protected. As shown by several Republican states’ rejection of expanded Medicaid, entitlements aren’t sacrosanct going forward. Remember candidate Mitt Romney’s discussion of entitlements?

Nonprofits have been busily fretting about protecting federal discretionary spending, but they might have to look at their Generation X and Generation Y cohorts and wonder if they will speak up for Social Security, Medicaid, and Medicare entitlements in the future.—Rick Cohen