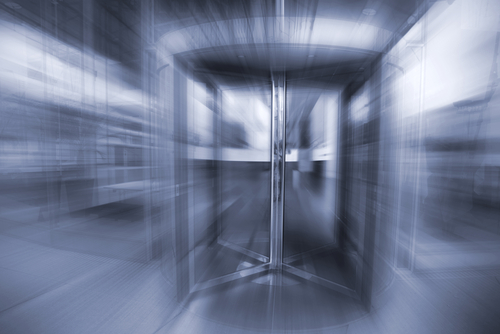 After the Pew Charitable Trusts shifted from a grantmaking entity to an operating foundation and think tank of sorts, the dominant philanthropic institutions in the city of brotherly love were the venerable Philadelphia Foundation, a well-respected community foundation, and the William Penn Foundation. The latter ranked in 2011 as the largest grantmaking foundation in Philadelphia (and 39th largest in the nation) with over $87.2 million in grants, of which $74.1 million went to Pennsylvania-based recipients. In comparison, the Philadelphia Foundation disbursed $11.2 million to Pennsylvania-based recipients.

Whoever leads the William Penn Foundation has an outsized influence on the content and direction of Philadelphia metropolitan area nonprofits. In 2011 and 2012, the foundation was led by Jeremy Nowak, the former director of the Delaware Valley Community Reinvestment Fund (now simply called The Reinvestment Fund), where he was a pioneer of the now well respected Community Development Financial Institution (CDFI) industry. At William Penn, however, Nowak lasted only a little more than a year at the helm, where he led a controversial effort to put the foundation squarely behind privately managed charter schools, particularly a foundation-funded effort to pay for a city contract with the Boston Consulting Group, which was widely seen as working to promote charter schools and private management.

Whatever one might have said about Nowak’s controversial ideas, there was no question that he was one to shake things up, with tremors that reverberated through the foundation until he and the board jointly decided that enough was enough. Now, there is a new managing director of the foundation coming in as of March 3rd. In contrast to Nowak, Peter Degnan, a vice-dean of Finance and Administration at the University of Pennsylvania and a former employee at Lehman Brothers, is described in Inside Philanthropy as “buttoned-down” and a “strong manager.” The Inside Philanthropy article on Degnan suggested that he would be one to emphasize measuring the effectiveness of the foundation’s grantmaking, focusing on “the bottom line of impact” and likely to increase the foundation’s support of pre-K to post-graduate education.

Inside Philanthropy gives a dichotomous review to Degnan’s potential: “It’s bad news if you’re worried that bean counters are taking over philanthropy, imposing silly metrics and trying to quantify the unquantifiable. It’s good news if you think that philanthropy is heading in the right direction by giving more attention to measuring impact—as opposed to just hoping for it.” However, the Inside Philanthropy article is based on comments about Degnan from a press release and characterizations of Degnan (“buttoned-down,” etc.) from unnamed sources, with no direct comment from Degnan himself. Degnan was similarly unavailable for an article about his appointment in the Inquirer as well.

The big contrast so far is that as a longtime Philadelphia community activist, Nowak was a known quantity among nonprofit and local government leadership—even, to an extent, on school issues through his own involvement in charter schools—prior to taking over the foundation, while Degnan is presumably much more of an unknown to the foundation’s grant recipients. Like or dislike him, Nowak was about as opposite to reticent about nonprofit and philanthropic issues as anyone could be. Philadelphians had gotten powerful doses of Nowak’s ideas, philosophy, and ideology long before he joined the foundation. Degnan is going to have to take to the mic, quickly and loudly, to catch up.

The notion, however, that Degnan might be a bean-counter on impact while Nowak was not runs counter to Nowak’s involvement in Philadelphia educational issues, bringing in the measures-focused BCG as a consultant to the school district to rewrite the Philadelphia schools blueprint and to measurably increase the foundation’s overall impact in the city. Having run one of the nation’s standout CDFIs, Nowak knew money and metrics, and said early in his run at the foundation, “We’re cutting through the platitudes to get through to the results.” However, if Degnan is going to divert significant foundation resources to a new bean-counting unit and add demands on grant recipients that they generate outcomes numbers of little significance other than the expense of their collection, he might encounter some blowback if grantees are willing to stand up to the metro area’s most powerful foundation grantmaker.

Given the foundation’s longstanding commitment to improving educational experiences for disadvantaged young people, the issue Degnan will unavoidably face is the foundation’s stance on public education vs. privatization in the wake of the initiatives Nowak started. This past December, the City’s board of ethics completed a lengthy review of the controversy involving the foundation’s hiring of BCG to work on the City’s school blueprint to conclude that although there was “the appearance that BCG was working for the foundation and not the School District,” it did not rise to the level of the foundation’s or Nowak’s conducting improper or illegal behind-the-scenes lobbying to push charter schools and close some traditional public schools, a charge raised by Parents United for Public Education and the Philadelphia NAACP.

The position of an influential, dominant private foundation focused on a specific metropolitan area, as in the case of the William Penn Foundation’s relationship with Philadelphia, deserves special scrutiny, especially when it is in the position of paying a large part of the carrying costs of the public sector’s private consultants in designing a schools plan, as in the case of BCG, and providing significant capital investments to support specific school privatization initiatives, such as the foundation’s $500,000 grant in March of 2013 to the Wissahickon Charter School in northwest Philadelphia, leveraging an additional $1.5 million from the Philadelphia School Partnership’s Great Schools Fund, moneys that would be next to impossible to come by for most of Philadelphia’s traditional public schools in a cut-to-the-bone public school budget climate.

The change from Nowak to Degnan isn’t simply a change from pugnacious and controversial to buttoned-down and managerial. The importance is going to be measured in terms of how much the foundation chooses to engage in top-down though behind-the-scenes social engineering around its grantmaking priorities, specifically about public education in Philadelphia, versus opting to respond to the communities that erupted against the foundation’s 2011 and 2012 engagement in remaking public education in the city.—Rick Cohen