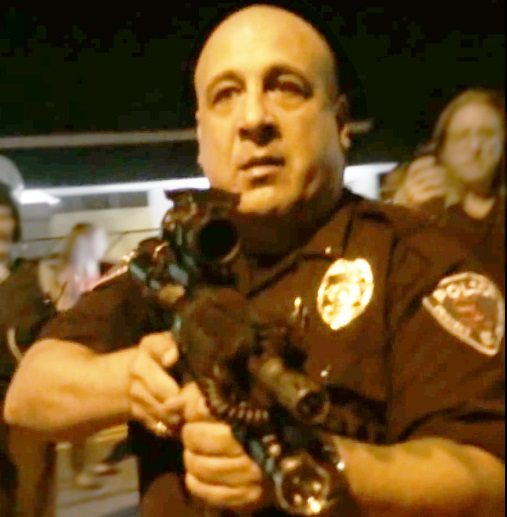 Can crowdfunding websites like GoFundMe claim neutrality? GoFundMe’s defense of the use of its platform for donations to benefit Officer Darren Wilson, the Ferguson policeman who shot unarmed teenager Michael Brown, was its availability as a platform to raise money for anything. Writing for the International Business Times, Christopher Zara pokes a huge hole in that explanation by noting that the crowdfunding platform withstood calls for it to cease the Wilson fundraising campaign but recently took down a campaign for another policeman.

An Oklahoma City officer, Daniel Holtzclaw, had been charged with rape, forced oral sodomy, and stalking. His eight victims, whom he researched before allegedly attacking them, included a 57-year-old grandmother who charges that Holtzclaw forced her to perform oral sex at a traffic stop. All eight of the victims were black women.

Holtzclaw’s sister Jenny set up a “Justice for Daniel Holtzclaw” fundraising page to cover the officer’s legal fees and bail, raising $7,000 before GoFundMe shut it down. Zara reports that Jenny sent the International Business Times an email she received from GoFundMe, explaining that the Holtzclaw fundraising campaign “contains subject matter that GoFundMe would rather not be associated with.” A GoFundMe spokeswoman told Zara that the Holtzclaw fundraising page was pulled down after “an internal review process,” but didn’t describe the elements of the process or the factors that compelled GoFundMe to deem the campaign “inappropriate.” Nor did they explain what terms of service might have been violated by the Holtzclaw fundraiser that were not in play in the Wilson fundraisers.

What distinguishes the Holtzclaw and Wilson campaigns that prompted GoFundMe to pull one and not the other? The fact that Wilson hasn’t been charged with a crime yet while Holtzclaw has been? Zara points out the significant difference in the two campaigns’ financial hauls: a combined $432,000 for the two Wilson fundraisers (from which GoFundMe takes a five percent fee) compared to $7,000 for the Holtzclaw campaign. The GoFundMe spokeswoman who spoke to Zara, Kelsea Little, did not describe whether the campaigns’ fundraising totals played a role in the organization’s review.

The Holtzclaw decision reveals pretty clearly that crowdfunding platforms like GoFundMe are not necessarily neutral. “There is no such thing as a ‘neutral technology platform,’” said Rashad Robinson, the executive director of ColorOfChange.org, which has been lobbying GoFundMe to back off its defense of the Wilson fundraisers that Robinson called “appalling.”

“By facilitating with Darren Wilson and his supporters,” Robinson said, “the company is taking a side.”

The Wilson fundraising pages on GoFundMe have ceased accepting donations for the yet-to-be-charged police officer—not by the decision of the GoFundMe administrators, but because of complexities and confusion concerning who the fundraising sponsors are and what they really intend to do with the money they’ve raised. Throughout the Ferguson protests following young Michael Brown’s death, GoFundMe has defended its role in hosting the Wilson fundraising efforts, explaining, in Kelsea Little’s words:

“Much like Facebook and Twitter, GoFundMe is an open technology platform that allows for the exchange of ideas and opinions within the bounds of our terms of service…. GoFundMe does not create or manage campaigns on behalf of its users. Rather, individual campaign organizers and their supporters act of their own accord.”

Although a comparison of the GoFundMe actions on the Wilson and Holtzclaw fundraising campaigns does not add up to a full analysis of crowdfunding sites, it does raise important questions about their ability to be neutral—or whether there is any real neutrality possible among online fundraising platforms.—Rick Cohen