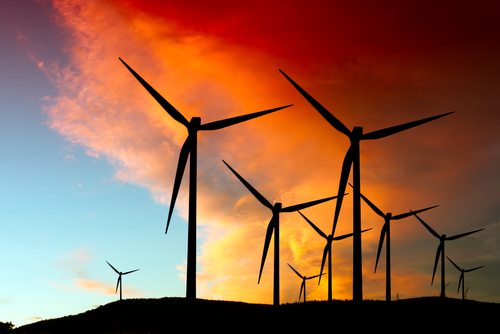 Donations to an organisation that opposes wind farms in Australia will no longer be tax deductible, despite that status having been previously given to them by the Australian Taxation Office (ATO). The Waubra Foundation has been told by the Australian Charities and Not-for-profit Commission (ACNC) that it is not considered to be “a Health Promotion Charity” eligible for tax deductible status. It will remain registered as a charity which “advances health by preventing sickness” and “advancing public debate.” The latter registration will not provide tax deductibility for donations made to it. The ACNC has provided no reasons for its decision.

This might seem somewhat dry, arcane, and bureaucratic, except for a couple of curiosities. One is that the Australian Liberal Party Government has made it quite clear it wants to shut down the ACNC, which was created by the previous Labor government to take responsibility for regulating the charity sector away from the tax office. The power of determining tax deductibility would be handed back to the ATO. The ACNC abolition legislation is still waiting to be passed. In this light, could it be that the ACNC is being punctilious in execution of its impartial duty, or maybe making a show of defiance to the current government?

Second is that Australian Treasurer Joe Hockey is the minister in charge of the ATO and a vocal opponent of wind farms. In addition, the Australian Prime Minister has made it very clear that he sees a continuing future for coal-fired electricity generation. So if the job of determining the foundation’s future tax deductibility reverts back to the Tax Office, is it likely they will see it the way the ACNC does, or reinstate their original decision?

The Australian Green Party, an opposition party that describes itself as “the third force in Australian politics,” were responsible for registering a complaint against the Foundation’s charitable status. One of their senators, Richard di Natale, said, “The Waubra foundation should never have been granted status as health promotion charity, and the fact that it has now lost that status is a victory for science and a victory for public health.”

Simon Chapman, a professor of public health at Sydney University, compares concern around wind turbines to the similar concerns expressed in the early 1990s about mobile towers, or the worries about the health effects of televisions in the 1950s. He said the foundation had “made it their business” to spread fear and mistrust. “The Waubra Foundation is a bunch of mostly landed gentry people whose houses have been threatened by turbines.”

The Foundation itself said in a statement that the decision to strip it of its charity status was ill-informed: “In making his decision, we note that ACNC assistant commissioner David Locke has ignored the…environmental sleep disorder resulting from excessive night time noise, and the many diseases which are well known to be directly caused or exacerbated by sleep disturbance and deprivation.”

It’s unclear why the ACNC has not provided reasons for its decision, as the published Commissioner’s Policy Statement on Decision-making states, “The ACNC will provide clear reasons for decisions, and applicants have rights to have ACNC decisions reviewed or appealed.”

The Foundation has indicated that it will refer the matter to a Senate Enquiry.—John Godfrey