Wisconsin’s High Rate of Incarceration Taken Up by Grassroots Groups 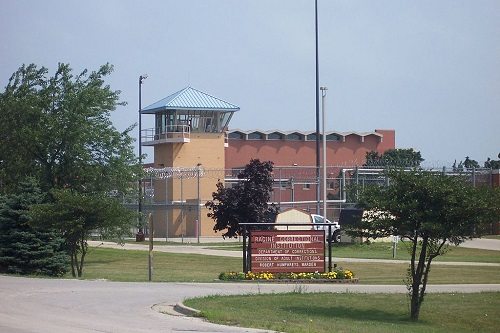 Although the state of Wisconsin has a population similar to Minnesota, its prison population is roughly double. This translates into one in thirty-nine people, or 88,920, who are under the supervision of the state’s Department of Corrections. These responsibilities lead to a department budget of $1,290,784,000, which is expected to grow to $2.5 billion by 2019. These expenses contribute to a state budget deficit of two billion dollars. The state’s activities are increasingly under a microscope, as its governor prepares for a run for president.

Wisconsin’s Governor Scott Walker is expected to announce his presidential campaign next month. In preparation, he and other presidential contenders spoke at a forum hosted by Florida governor Rick Scott. In his speech, Walker discussed the country’s staggering prison population and highlighted his record handling nonviolent criminals. Specifically, he stated, “In our state, we have relatively few [people incarcerated for committing nonviolent offenses] compared to the federal government.” Then, Walker added, “The challenges in terms of people being incarcerated for relatively low offenses is not a significant issue in the state of Wisconsin.”

Sadly, according to many nonprofit organizations across the state, his record, unlike that of other presidential candidates including Ran Paul and former Texas Governor Rick Perry, does not completely match his declarations. Wisconsin’s prison population has more than tripled since the 1990s and its efforts are not cheap. In fact, the Department of Corrections budget of $2.315 billion is larger than the university system’s budget of $2.247 billion.

In addition, the state’s incarceration rate for minorities is much larger than all other states. According to one of the state’s largest newspapers, 12.8 percent, or one out of eight African American men between the ages of 18–64 are incarcerated. This rate is nearly double of the nation as a whole, as well as significantly higher than Oklahoma, which incarcerates the second-highest percentage, 9.7 percent. In the county with the largest population, Milwaukee County, over half of African American men in their thirties have served time in state prison.

One of the main reasons is the state’s truth-in-sentencing law introduced by then-legislator Walker. It took effect in December 31, 1999, and is one of the toughest in the nation. It requires all offenders regardless of their crime to serve every day of their sentence. Many other states have truth-in-sentencing laws, but they only apply to violent crimes.

Another factor is the large number of people re-incarcerated after violating their parole. In 2013, the state sent 8,000 people to prison, and more than half were incarcerated because they broke a rule of their probation. Overall, the state spends more than $100 million a year housing people who violated their parole requirements. According to Mark Rice, who chairs a revocation workgroup for the criminal justice reform organization WISDOM, these offenses include using a computer or cellphone without authorization, entering a bar, borrowing money, or crossing county lines.

WISDOM is a grassroots organization of mostly religious congregations of many denominations advocating on social justice issues. About 160 congregations practicing nineteen different religious traditions participate in the group’s activities. One of their campaigns is 11×15, which fights for reducing the state’s prison population by half to 11,000 by the end of 2015 through the funding of alternatives to incarceration.

Governor Walker has focused resources on alternatives to incarceration that include day reporting centers and mental health and drug courts. These efforts have decreased the number of people incarcerated. Data from the Department of Corrections calculated the state’s recidivism rate of 14.3 percent in 2011—almost half the rate in 2009 of 30.1 percent.

Sadly, even if Wisconsin were able to achieve WISDOM’s goal of 11,000 by 2015, the state would still have a higher incarceration rate than the State of Minnesota.—Gayle Nelson