Women, Gays Targets in Afghanistan and Uganda, and Around the World 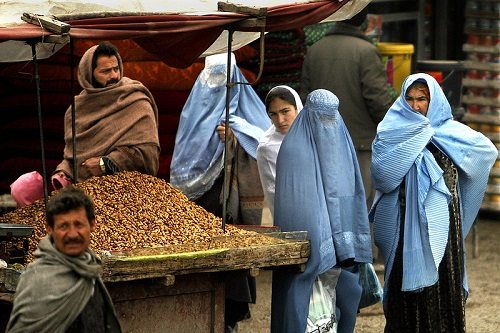 One might think conditions in the U.S. are difficult for women and for LGBT persons, and in some places, they are. In Louisiana, for example, the House of Representatives voted overwhelmingly to restrict women’s access to abortion services; if approved by the Louisiana Senate and governor Bobby Jindal, the bill will immediately cause the closing of three of the state’s five abortion clinics. Ignoring the signatures of tens of thousands of Michiganders and the calls from cities such as Ypsilanti, Michigan Attorney General Bill Schuette has doubled down on his opposition to a federal judge’s ruling that the state’s ban on same-sex marriages is unconstitutional. The AG has asked for a 15-judge review Sixth Circuit Court of Appeals hearing of his appeal on an expedited basis.

Restrictions such as these on women’s reproductive rights and LGBT marriage rights are odious obstacles to be overcome, to be sure, but overcome they will be, as Jindal and Schuette are on the wrong side of history on these issues. In other countries, however, the obstacles are worse—and hugely dangerous.

The U.S. may have been playing a losing hand in Afghanistan for a decade, but some of the humanitarian aid to the country has provided resources and services for women. With the U.S. leaving Afghanistan by the end of the year, U.S. humanitarian aid is on a trajectory of winding down. One sad example is the closing of the Kandahar Institute of Modern Studies, a vocational school for women whose U.S. funding ceased in September, causing it to begin sending its students home. NBC’s Richard Engle reported from Kandahar the story of one girl who attended the school and studied in secret because her husband wouldn’t allow her to come and whose family “beat her, starved her, and locked her in a cold room” when they found her reading.

Experts say that the biggest losers in the withdrawal of U.S. humanitarian aid will be women and girls, who have received some improvement in education and legal rights despite major difficulties in the conservative Afghan society. “All the gains are fragile, and it is a concern that aid is declining,” said Belquis Ahmadi, the Afghanistan program coordinator at the International Human Rights Law Group. Even with new rights for women enshrined in the Afghan constitution, more women and girls in school than ever in Afghanistan’s history, and with women comprising a quarter of all government officials and members of its parliament, conditions for women are still nothing short of horrendous. “Afghanistan’s women are so disadvantaged in health, education and employment that the country is ranked a lowly 175th out of 186 nations by the UN’s Gender Inequality Index.”

The news about the anti-gay laws adopted in Uganda is widely known, but the East African nation is now beginning to enforce these draconian laws with disastrous consequences for LGBT persons and for the NGOs and aid providers there trying to provide assistance. Just last week, Ugandan police raided the Makerere University Walter Reed Project in Kampala, a U.S.-funded project that provides AIDS services to gays. Ugandan authorities claimed that the program was “training youths in homosexuality.” This wasn’t a church-related or simply privately funded program that the police attacked, but a collaboration between Uganda’s largest university and the U.S. Military HIV Research Program, which has for the moment temporarily shut down the project’s operations in the wake of the Ugandan police action.

According to World Bank president Jong Yong Kim, Uganda is actually one of 85 countries in the world with anti-gay laws on the books. Under Kim’s direction, the World Bank will withhold funding for health clinic services, for example, until it can be assured that the programs will be offered in a manner consistent with principles of non-discrimination. One-fifth of the Ugandan budget is attributable to foreign aid, but some nations—Norway, the Netherlands, and Denmark, among them—have stood up against the anti-gay laws to halt or drastically change their aid to the Museveni government. It appears that more than three-fifths of the $485 million in annual aid to Uganda from the U.S. is through the President’s Emergency Plan for AIDS Relief, which is now being reconsidered by the Obama administration in the wake of the raid on the Walter Reed Project.

Days after President Obama publicly raised concerns about Uganda’s anti-gay laws, he announced sending 150 U.S. troops plus aircraft to Uganda to search for Joseph Kony of the Lord’s Resistance Army. In the Guardian, Angelo Izama reviewed the humanitarian crises in the Central African Republic and South Sudan, which more than rival anything in Uganda, plus the nation’s horrific anti-gay laws, and asked some fundamental questions about U.S. policy:

“How, when the State Department and USAID are reviewing all aid to Uganda, does the White House announce its latest Africa expedition to rid the continent of one man? How is this conscionable in light of the crises in South Sudan and in CAR, both places where Uganda is a significant military player? Most importantly, what has changed enough since the last deployments to warrant a deployment of U.S. Air Force special-ops after Kony and Kony alone?”

The conditions of women and girls in Afghanistan and LGBT persons in Uganda reveal just how much some parts of the world lag in protecting even the barest semblance of human rights. NGOs know this better than anyone.—Rick Cohen