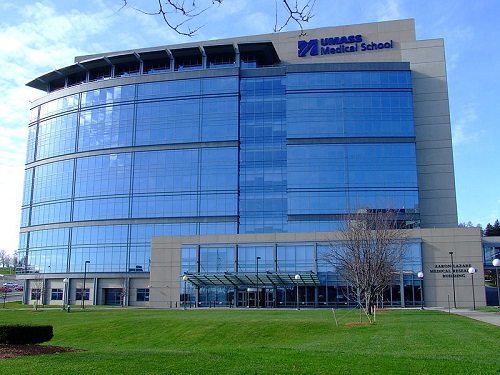 The University of Massachusetts Medical School is bullish on Worcester. It has just completed the purchase of three more buildings, giving its nonprofit subsidiaries ownership of all five buildings in Worcester’s biotech park. In fact, UMass is so bullish on Worcester that the city’s two top employers are UMass Memorial Healthcare (with 13,814 employees) and the University of Massachusetts Medical School (with 5,712 employees), together amounting to more than 25 percent of all employment in the city. That should be a positive for this mid-sized city located a little more than one hour west of Boston.

However, as UMass Medical began acquiring buildings in the biotech park, city officials and the media expressed concern about municipal revenues, fearing that the acquisition by nonprofits could jeopardize the $1.5 million in taxes the city counted on from the properties. A Worcester News Telegram & Gazette article reported that the city manager had “lambasted” UMass for the purchases. The issue is actually one of vacancy. UMass has staff in buildings known as Biotech 1 and 2, and it is moving staff located in Biotech 3, 4, and 5 to an on-campus facility. Right now, the vacancy rate is very low, but the UMass move could bump it higher, and technically a nonprofit owner/user with vacant space retains its tax-exempt status for property tax purposes for a couple of years under state law.

Nonetheless, the city’s concerns seem to be overblown. UMass has an express commitment and obvious institutional interest in marketing the space to for-profit research labs. It is considered high quality space and should be attractive to potential for-profit life-science firms. The Worcester Business Journal suggests that the issue of tax exemption is based on nonprofit ownership, but it is really based, as the city’s tax assessor noted, on use. If a nonprofit entity uses the space for its own tax-exempt organizational purposes, the buildings would be exempt from local property taxes. If it rents to for-profits, the buildings would be taxable.

UMass is very publicly marketing available space within the buildings to for-profit firms. In fact, the school recently joined with the city’s economic development staff and the Worcester Regional Chamber of Commerce to host a meeting with for-profit life science firms and to make a pitch to get them to move to Worcester. Oddly, a city government representative speaking to the assembled for-profit firms cited Worcester’s willingness to provide tax incentives to businesses, a position seemingly at odds with the city’s public fretting about UMass ownership.

We’re guessing that lots of other cities like Worcester would love to have an entity like UMass Medical acquiring and marketing space to for-profit research labs, given the likely draw of the proximity to UMass itself. If UMass hits anything close to its marketing targets, the city will have little to be concerned about with property tax revenues and a lot to be happy about in terms of employment. —Rick Cohen