Yet Another Nonprofit Candidate for Mayor: Boston’s John Barros 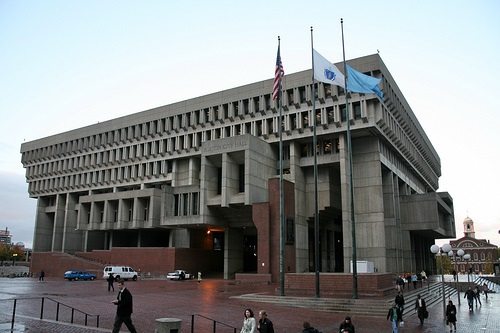 At the Alliance for Nonprofit Excellence conference in Memphis yesterday, Patricia Brandes of Boston’s Barr Foundation talked about the foundation’s work in building and supporting networks among Boston’s social change nonprofit leaders. One of the better known nonprofit leaders who became part of the Barr Fellows was John Barros of the Dudley Street Neighborhood Initiative, which became the lead entity behind Boston’s collaboration to apply for a Promise Neighborhoods grant from the U.S. Department of Education. Brandes reported that the Boston Promise Initiative was one of only three Promise Neighborhood applicants to get a perfect score on its planning grant application and ultimately generated commitments of $70 million in private capital.

Brandes’s highlighting of Barros and DSNI is important because the theory behind the Barr Fellows is that the nonprofit sector can advance through multi-hub, and even core-periphery, networks. Barros’s networking last week may pay off politically. He announced that he plans to run for mayor of Boston to succeed the retiring Tom Menino. Barros isn’t the only Barr Fellow running for mayor. Bill Walczak, the well respected founder and former director of Codman Square Health Center, is also a candidate. Among the 24 potential or announced candidates at this time are several with decent histories of nonprofit support.

Nonprofits aren’t an island separate from the rest of society. Barr’s theories of networking take nonprofits from interacting with each other to connecting with other sectors. Doesn’t that lead, logically, to political networking in the manner of the mayoral candidacies of Barros and Walczak? As described by Brandes to her Alliance audience in Memphis, Barr’s networked fellows are “changing the way [nonprofit] work gets done in Boston.” With credible candidates for mayor from the nonprofit sector, will the Barr Fellows program change the way politics is done in Boston?—Rick Cohen