Yet Again, NAMI Must Protest the Linking of Gun Violence to Mental Illness 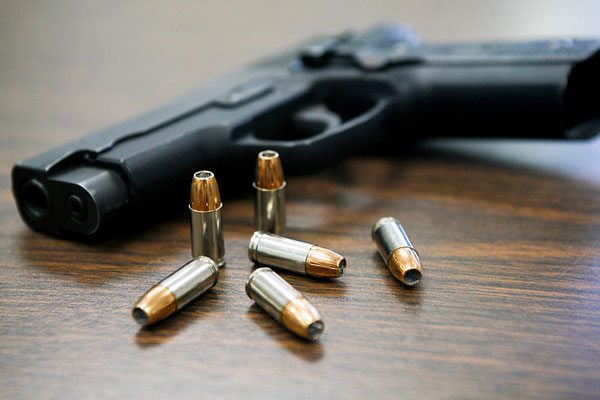 The aftermath of mass shootings has become rote—the “thoughts and prayers” throwaways and the go-to lines redirecting us all to mental health as the real issue (not guns—never guns!), generally voiced by those for whom issues of mental health treatment accessibility have never been and will never be a policy priority.

And once again, yesterday, the National Alliance on Mental Illness, largely comprising family members of people with mental illness, urged the public to reject the putative link between violence and mental illness as a replacement for action on the one correlate we know exists—that is, free and easy access to guns.

But yesterday, Trump tweeted, “So many signs that the Florida shooter was mentally disturbed, even expelled from school for bad and erratic behavior,” later claiming that his administration would address “the difficult issue of mental health.”

Ron Honberg, senior policy adviser at the National Alliance on Mental Illness, comments, “It feels like mental illness is being used as a political football to deflect attention away from some other important issues, like whether we need sensible gun control laws in this country.”

Perhaps this is more than just a feeling. Our stories about this deflection go back a ways to 2011 and 2012 right after the Sandy Hook shooting. More recently, right around this time last year, House Republicans voted to overturn an Obama-era regulation designed to keep people diagnosed with mental illness from obtaining guns.

At that time, Erin Rubin observed that, in fact, the NRA has managed to come down on both sides with regards to mental illness and violence.

In 2012, they said that shooters were “so deranged, so evil, so possessed by voices and driven by demons that no sane person can even possibly comprehend them.” In 2017, however, the NRA and their Republican allies became the underdogs’ champions, defending their Second Amendment rights.

And, although in an unusual and revealing feature of our federal laws, federal funds cannot be used for research on the link between guns and violence, it is crystal clear from information compiled by the Harvard Injury Prevention Research Center that more guns means more homicides—of all kinds.—Ruth McCambridge