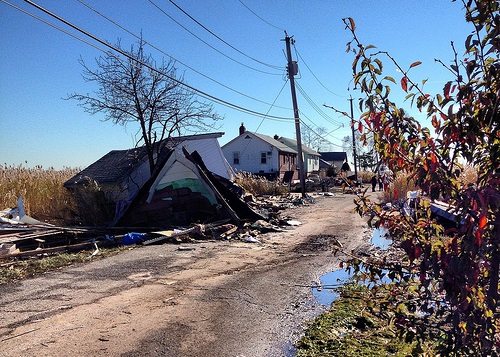 In New Jersey, there’s a statute that prohibits people under the age of 18 from coming within 30 feet of construction work. This has a profound but unaccounted-for effect on younger volunteers who are still working to put the Jersey Shore right after Hurricane Sandy. There is an exception when it comes to nonprofits building affordable housing, but none when it comes to disaster relief.

Assemblywoman Mary Pat Angelini has submitted a bill that provides that volunteers between the ages of 14 to 17 can avoid the restriction if the work is supervised by an approved nonprofit organization. But that bill is unlikely to progress before next summer.

Most groups working on the relief effort did not know that such a restriction existed until a Federal Emergency Management Agency representative reported that the issue had been raised in Louisiana after Katrina.

We raise this issue as a heads-up. Do you know the law in your state?—Ruth McCambridge