You’re the Adults! High Schoolers Remind Us What Democracy Looks Like 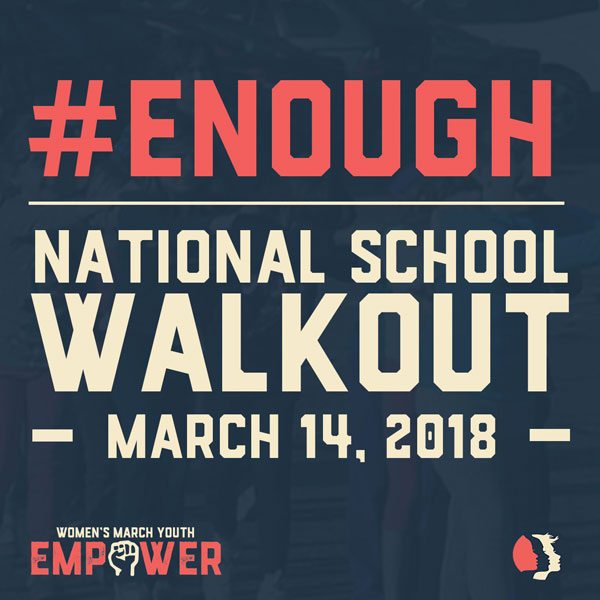 In the wake of the Marjory Stoneman Douglas High School shooting in Parkland, Florida, the eighth school shooting so far this year, and after years of active shooter drills interrupting their school days, students across the country have declared “enough.” In the works is a National School Walkout on March 14th, organized by Empower, the youth branch of the network behind the Women’s March, and a March for Our Lives on March 24th backed by gun-control advocacy group Everytown for Gun Safety. In the meantime, we can expect a buildup of will and numbers and resistance to our collective numbness and the usual deflective nonsense.

A statement from the organizers of the Walkout reads, “Students and staff have the right to teach and learn in an environment free from the worry of being gunned down in their classrooms or on their way home from school.…Parents have the right to send their kids to school in the mornings and see them home alive at the end of the day.”

But no one needs to speak for these young people.

Emma Gonzalez is another survivor of this latest shooting, and she has anticipated the rhetoric they will have to confront. “Politicians who sit in their gilded House and Senate seats funded by the NRA telling us nothing could have ever been done to prevent this, we call BS,” Gonzales said to the crowd at a local gun control rally. “They say that tougher gun laws do not decrease gun violence. We call BS. They say a good guy with a gun stops a bad guy with a gun. We call BS. They say guns are just tools like knives and are as dangerous as cars. We call BS. They say that no laws could have been able to prevent the hundreds of senseless tragedies that have occurred. We call BS.”

David Hogg, another survivor, comments on some of Trump’s tweets of the past week. “You want to look back on our history and blame the Democrats? That’s disgusting.”

You’re the president. You’re supposed to bring this nation together, not divide us. How dare you? Children are dying, and their blood is on your hands because of that. Please take action. Stop going on vacation in Mar-a-Lago. Take action. Work with Congress.

The National School Walkout calls for students, faculty, parents, and others to walk out of school for 17 minutes at 10:00 am on March 14th—one minute for each person killed in the Florida school shooting. Details on the March for Our Lives are forthcoming.—Ruth McCambridge