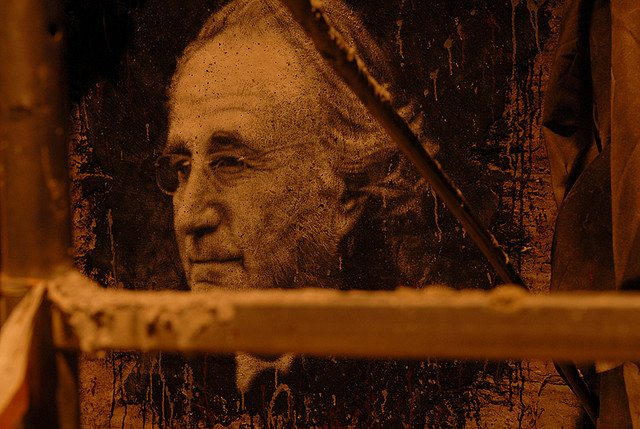 In the annals of felons who have done damage to both foundations and public charities, no one ranks higher—or lower—than Bernie Madoff, who perpetrated the largest Ponzi scheme in American history. On occasion, Madoff has spoken from his medium-security prison cell with a confusing combination of remorse and irritation about the events his illegality spawned, including his estrangement from his wife and the suicide of one of his sons.

Although serving a well-deserved 150-year sentence, Madoff, by virtue of his incarceration, doesn’t undo the damage he did to nonprofits, retirees, and other investors who thought that he could guarantee them mammoth investment returns. His rambling interview with Politico, however, does provide an odd kind of return: an insight into people like him and what nonprofits should know. This is what jumped out of the interview for us:

Madoff knows why he was able to pull off his crimes for so long. “My crime was a failing of the oversight of the industry, but I can’t really blame the SEC or regulators for that,” he said. “The government never gives them enough money to police the industry—whether it’s someone like me or insider trading.” In other words, whether it is Madoff or Enron or others, the notion that self-policing is going to stop these predators is delusional. The criminal Madoff knows that it is the lack of oversight that allowed him to function. That lesson, too, shouldn’t be ignored by nonprofits who want to learn something, anything, from the depredations of one Bernard Madoff.—Rick Cohen