A $10B Insurance Operation and Its Property Tax Exemption 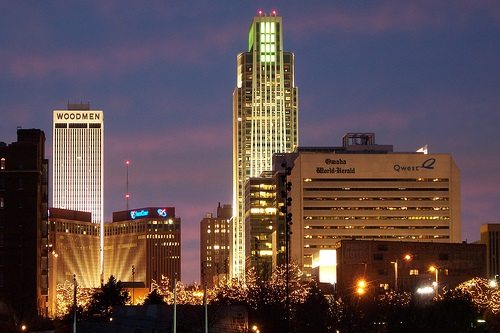 In Douglas County, Nebraska, Woodmen of the World wants a property tax exemption for its office building and other properties. Woodmen of the World is a fraternal organization, like the Knights of Columbus, the Elks, the Moose, or the Odd Fellows, but it is a fraternal organization created for a specific purpose: “making life insurance available to everyone,” or at least to its members.

There are two issues for the executives at the Woodmen: They say state and federal law exempt them from taxes, and if they have to pay property tax, why don’t other lodges, like the Knights of Columbus, have to? The Douglas County Tax Assessor’s Office suggests that Woodmen’s request for a property tax exemption may not be justified because Woodmen is confusing its organizational tax status—a 501(c)(8) fraternal organization—with the use of its property, an office tower that is home to a $10 billion insurance company.

In Woodmen’s last 990 (from 2011), the headquarters itself earned over $1 billion in program services and its net assets had reached $9.3 billion. Woodmen argues that times are tough, even for a billion dollar insurance operation. “Margins are tight. We need every exemption and every right,” said Larry King, the CEO of Woodmen of the World. As evidence, he cited the challenge of Woodmen’s bond revenues having dropped to 3 or 3.5 percent.

Woodmen isn’t your typical fraternal society. Besides its core business line of providing insurance for its members, Woodmen pays its leaders well. In the 2011 Form 990, the CEO (listed then as Danny E. Cummins) earned approximately $1.17 million in total annual compensation. Eleven members of the Woodmen’s board of directors, devoting one hour a week to the organization, earned board fees of between $56,000 and $94,000, while the chairman of the board earned $164,000. A former executive vice president of the organization was listed as earning $2.59 million in 2011 and a former member of the board earned $143,000.

Woodmen is appealing the Tax Assessor’s decision to the Douglas County board. If approved, the exemption would include the “iconic” Woodmen Tower plus additional downtown properties, including a parking structure. In 2013, Woodmen paid more than $1 million in property taxes. It may look to outsiders that Woodmen is basically a huge profit-making insurance company, but King called it a “social charity” for the volunteer labor it has encouraged members to donate.

Localities and nonprofits have to remember that local property tax exemptions are based on the use of the property, not the ownership alone. Woodmen may be a 501(c)(8) fraternal association, it may generate volunteer activities involving its members, and it may even be a charitable grantmaker, but the primary use of the properties, if it is for carrying out for-profit insurance services, may make them taxable.—Rick Cohen