A Different Vision of Rural Philanthropy from Nebraska’s Jeff Yost 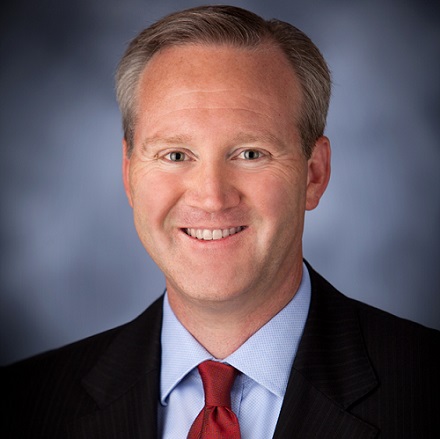 In the vision of Jeff Yost of the Nebraska Community Foundation, the development of rural America is more than a challenge of money. Many rural advocates have been asking—and hoping—for American foundations, largely headquartered and focused in urban areas, to rediscover the rural roots of their wealth, to remember the 30 million Americans who live in rural communities, to take note of the lower incomes and higher poverty they endure, and to respond by devoting a larger cut of their grant dollars to nonmetropolitan regions.

Yost wouldn’t argue against more philanthropic assets flowing into the rural communities his foundation serves, but that isn’t the totality of his vision of rural philanthropy by a long shot. Emphasizing the development of affiliated funds linked to and serviced by the statewide community foundation he runs, Yost says that they’re trying to do something different in Nebraska, to build a “system [that] is all about helping communities to help themselves.”

This framework runs counter to the history of rural America, where political power and financial resources have largely seeped out of rural communities. In the currently popular “metrocities” framework that has captured the imaginations of many public policymakers and foundation grantmakers, investment should be targeted to perhaps 100 or so metropolitan areas nationwide, and their growth and development will somehow spill over and benefit rural communities.

That’s the theory, anyway, though some don’t really have much faith in rural at all. One top foundation leader who will remain nameless for the moment suggested to his colleagues recently, apparently not in jest, that the best thing foundations could do for rural Americans would be to provide them with one-way bus tickets to cities. Although former Montana Senator Max Baucus famously challenged rural funders (oddly, not others) some years ago to double their rural grantmaking, he also asked those foundations to add rural people to their boards of trustees. The social and cultural distance of foundations from rural America that leads to notions like bus tickets to cities might be dissipated if rural people were on foundation boards to challenge such fatuousness.

But in general, rural people aren’t leading big urban foundations, which leads Yost and others to think about generating a kind of philanthropy that “helps people build and sustain their hometowns” by “allowing community leaders to have a tremendous amount of discretion” over how they raise and deploy their own resources. Rural areas have often suffered a diminution of control over their own destinies. Yost would look to outside foundations to invest in long-term capacity building, which he defines around a handful of connected elements:

Yost makes it clear that if the Nebraska Community Foundation is to be involved in building capacity, “it can’t be me superimposing the vision.” He sees the foundation as facilitating a community-level conversation about the deployment of philanthropic resources raised through the community foundation’s affiliated funds. “If there is a sustained commitment to community capacity building,” Yost explains, “it can really change the narrative.” In that light, Yost thinks of himself and talks about his role as a “community development practitioner,” and the Nebraska Community Foundation as “a community development institution that helps community leaders use philanthropy as a tool to build and sustain their hometowns.”

To date, the statistics and metrics describing the quantitative measurements of the Nebraska Community Foundation’s accomplishments reveal a presence across much of the state:

Given his focus on community capacity-building rather than just raising and allocating philanthropic resources, these metrics don’t adequately convey the narrative of what Yost and the community foundation are trying to accomplish. With 532 incorporated places in Nebraska, Yost is clear that the goal of the foundation is not to have a presence—or an affiliated fund—in each of those communities.

“Our whole system is based on a willing partner principle,” Yost says. “We’re interested in working with people who are willing to work with us…we try to remove ourselves from being all things to all people.” When it comes to the relationship of foundations to communities, “being all things to all people” typically boils down to a simple transaction: The foundation raises and supplies the money that the community gets to use. Yost’s capacity-building model, he says, relies on a different dynamic between the foundation and the communities that are creating and sustaining affiliated funds.

In the Nebraska Community Foundation’s search for willing partne