A Good Nonprofit Decision Badly Made is No Good at All

The Old Town School of Folk Music, a storied member of Chicago’s nonprofit community, announced this week it was selling a landmark building to help create a much-needed endowment fund. The reactions from its students, instructors, and community underscore the difficult questions organizational leaders face as they plan: When and how should an organizational board share its thinking about organizational change and engage their stakeholders? How is it best to balance the efficient decision-making a closed-door process can offer against the messier and more political nature of a wider process?

Old Town’s board of directors seem to have made a very rational business decision. As described by Block Club Chicago, “The reason the school’s leadership has revisited the idea of selling the Lincoln Park location more than once is because it’s one of the school’s more valuable assets. Last week, the board decided the current real estate market in Lincoln Park makes it the perfect time to put the Armitage address on the market.”

The school described the sale as “the beginning of a new chapter.”

Operating a nonprofit organization, like Old Town, which does not have sufficient endowment resources is risky and makes planning for the future and keeping pace with community change difficult if not impossible. Old Town CEO Beau Graves described the board’s thinking to Block Club Chicago:

We always thought we’d hang on to it since it kept serving students and we own it outright. So, it was cost effective to keep the Lincoln Park location open. But the school has now determined, having gone for 60 years without an endowment fund, it made sense to secure the future of the school in perpetuity by creating one.

“Once that money is set into an endowment that is forever, unless the board decides to change the charter,” Graves said. “With a $10 million endowment we can secure between $400,000 and $500,000 for the school on an annual basis, which will be useful to make sure the school can develop new programs and generate the same community that it has always had.”

If market conditions indicate that now’s the time to convert one of its few assets into enough cash to jumpstart an endowment campaign, this may be a necessary and timely step. Old Town’s leadership decided it was best to reach this decision without engaging their wider world. Beau Graves told the Chicago Tribune that “prior to that decision, I didn’t feel comfortable taking this issue into the larger Old Town School community.” The risk in doing that is that key supporters who will remain important in the reconfigured organization will be alienated because they feel ignored.

Almost immediately following the announcement of the decision, protests were raised. According to the Tribune, “Rich Gordon, a longtime student of the school, posted a petition online titled ‘Save the Old Town School of Folk Music.’ In the petition, posted Tuesday afternoon, Gordon alleged mismanagement and called for a change in leadership.”

The petition, which has already had almost 3,000 signers, asks for the broader engagement by the Old Town School community that might have occurred before the decision was finalized: “Provide more transparency about the decision to sell the Armitage building—give us evidence that the sale is part of a coherent plan to restore the School’s financial health, not just a desperate short-term fix…Create some kind of student council or advisory board to serve as a forum for discussion of school policies and to provide a conduit for student input to the administration.”

NPQ has long recognized the wisdom of a more engaged and participatory style of organizational governance. As Chao Guo quotes, “It is the responsibility of local nonprofits…to have governance mechanisms that can convene the individuals they are established to serve with other stakeholders, engage them in dialogue with the organization and one another, develop a collective dream of the future or vision of what can be accomplished, and develop strategies that will take the group from here to there.” Having chosen to not engage early and often, Old Town runs the risk of having an important decision backfire. Deciding to change established patterns and give up facilities that have served long and well is never easy for those most directly affected. Overcoming their concerns takes time, but will be even harder when they are faced with a fait accompli.—Martin Levine 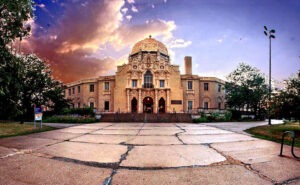 Chicago Neighborhood Residents Say “No” to Being...