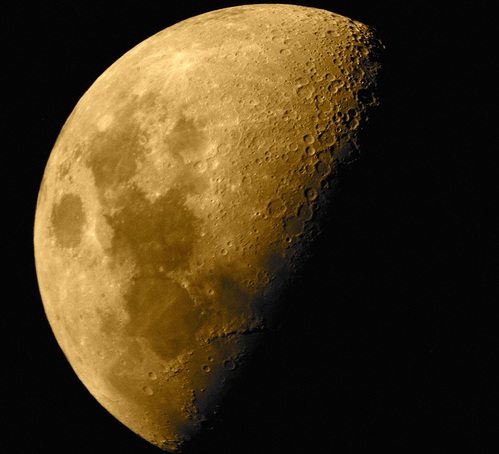 Opponents of the Affordable Care Act seem almost delirious at the reports of the online problems afflicting the federal exchange. As Nonprofit Quarterly has repeatedly noted, a three-year run-up to the opening of the exchanges should have been enough time to work through the bulk of the technological problems, though some would say that three years wasn’t enough. It certainly couldn’t have been any less auspicious that the startup of the exchanges began on the day that half of the federal government came to a grinding halt.

Regardless of design flaws and technical glitches, the federal exchange is stabilizing, wait times are coming down, and if the government gets to return from its night of the living dead, perhaps more attention will be devoted to working through the limitations of the federal exchange interface. It might help to realize that the nonprofit navigators whose job is to help people sign up on the exchanges are probably just getting their feet wet and will facilitate more sign-ups as staff are hired and trained, that the exchanges’ insurance offerings people can sign up for now don’t actually start until January of 2014, and uninsured people actually have a six month window from October 1st to sign up.

That having been said, indications are that the experience of uninsured consumers at the state exchanges, while mixed, has been better than that at the federal level. To the extent that we can, NPQ will report on the numbers of sign-ups for new health insurance—partly because this is the most significant social policy change in this nation since the invention of Medicare, and partly because the expansion of insurance coverage among previously uninsured people will change the magnitude and demands of this population on nonprofit service providers and nonprofit hospitals.

As of the first week or so of the exchanges, here’s what we could find regarding sign-ups (we chose sign-ups rather than visits or other metrics because the purpose of the exchanges is, ultimately, to get people to sign up for insurance):

California: After a few days of operations, the California exchange reported 16,311 completed applications and another 27,305 in process.

Hawaii: The Aloha State’s exchange is operating, but the website isn’t. The Hawaii Health Connector hopes to relaunch its website by October 15th, but there are no guarantees being offered by its executive director, Coral Andrews.

Kentucky: Despite representation in the U.S. Senate by diehard Obamacare opponents Rand Paul and Mitch McConnell, Kentucky’s exchange is signing people up at a high rate, with 8,500 Kentuckians having signed up for plans in the first week and another 7,000 applications in the pipeline.

Maryland: After one week, Maryland’s results were mixed. Over people 170,000 visited the site, and more than 13,500 set up accounts, but only 326 enrolled in healthcare plans.

Minnesota: The online MNsure website is working, but officials would not release statistics on how many people were able to actually successfully enroll for health insurance in the exchange’s first week of operations.

New Mexico: New Mexico’s exchange handles only insurance for businesses and their employees, not individuals, and reports 558 employers with around 1,200 employees signing up.

New York: Although swamped with 30 million visits during the first few days of operation, the online exchange in New York reports over 40,000 people signing up for health insurance in the first week.

Oregon: Glitches in Oregon’s online exchange forced the state to take the site down. They’re hoping for a fix later in October.

Rhode Island: HealthSource RI reports fewer than 1,000 completed applications in its first week or so of operations.

Washington: The Washington Health Benefit Exchange reported 9,452 completed enrollments. Another 10,000 applications are done, simply waiting for the processing of the purchasers’ first payments.

For the federal exchange, information on sign-ups has been less transparent. Compared to the state exchanges that have been relatively forthcoming with their enrollment information, federal officials such as Treasury Secretary Jack Lew and others have been avoiding answers to the question. While people have guessed at the number of successful enrollments on the federal exchanges (the number 51,000 has been seen bandied about), as of a few days ago, the feds still weren’t officially releasing the count, and CNN’s Anderson Cooper said on air that he didn’t “buy that they don’t have those numbers.” The number is probably small, which the Obama administration (sometimes less than fully transparent on other matters) may want to hide for the moment out of fear that the pace of enrollments will look too small to reach the threshold of 7 million estimated as necessary for Obamacare to succeed.

The notion that Day One, or even Week One enrollments are dispositive statements of the success or failure of the Affordable Care Act doesn’t make sense. It would have been much better for the federal exchanges to release their enrollment statistics, explain what is being done to fix the problems, and note that consumer experts such as consumer reporter Clark Howard, being interviewed by Robin Meade on HLN’s Morning Express the other day, suggested that the smartest thing to do would be not to rush in at the front end, but to think and talk and start the enrollment process later in the year. Expert health advisory groups agree with Howard. According to Holly Ramer of the Associated Press, some members of New Hampshire’s Health Exchange Advisory Board advised people to “wait and let the dust settle before enrolling.”

Nonetheless, to the Economist, signing up on healthcare.gov has been “ridiculously hard.” Since the federal exchange is responsible for the health insurance offerings in 36 states, it has to get fixed. For anyone who lives on the Internet and, like us, has witnessed inexplicable glitches, crashes, and hackings, a modicum of problems on the federal exchange shouldn’t be a surprise. After all of this settles down, after the catcalls of critics fade away against the reality of uninsured Americans enjoying the benefits of finally having access to healthcare insurance, the less-than-stunning preparation of the online federal exchange warrants a legitimate congressional hearing. And not one of the typical partisan “gotcha” hearings that has become standard fare of congressional oversight nowadays, but an exploration of the mistakes made by HHS that led to such an embarrassing start to the Obama administration’s flagship social policy achievement.

Of course, that would be contingent on the idea of congressional Republicans wanting to ensure that a federal program, even if they don’t like it, works for the people in need. In the wake of the government shutdown, sadly attributable to a nonsensical Republican strategy to threaten both a shutdown and a debt default, it is difficult to imagine the necessary serious congressional scrutiny that should be devoted to making sure that we have a competent government.—Rick Cohen