A Solution for Medicare’s “Doc Fix?” 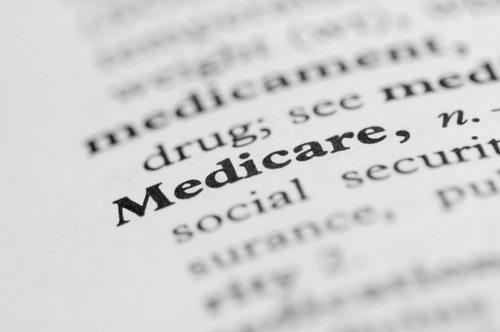 The Wall Street Journal’s editorial page recently tackled a complicated health care event that few news pages covered. Since 1997, federal legislation has attempted to curb the growth in Medicare spending through the use of a “sustainable growth rate” formula, or SGR. Some U.S. Senate leaders—from both parties—have signed on to a plan to get rid of SGR and implement a series of five one-year, 0.5% annual increases in Medicare reimbursement rates, and there are similar efforts in the U.S. House.

In theory, increases in Medicare costs caused by medical inflation and, more importantly, increased use of Medicare-paid services would be paid for in part by reducing fees paid to Medicare providers. In practice, however, Medicare’s already-low reimbursement rates for many services make Medicare unattractive for providers, and providers lobby hard to maintain, if not increase, reimbursement rates. If reimbursements go too low, it is feared, seniors and others covered by Medicare may find it difficult to find and keep access to doctors and other healthcare providers. Congress ends up passing temporary legislation (usually lasting months, or a year at most) postponing SGR from taking effect. Each time a temporary delay is approved, the difference between actual reimbursement and the SGR-based reimbursement level becomes larger.

This has been happening since the late 1990s, and some in Congress want to end the farce. The challenge is the quarter-trillion-dollar price tag associated with ending SGR. “Doc fix” was supposed to be included as part of the Affordable Care Act—it was a key request from the healthcare industry—but its price tag, then estimated at $250 billion, was deemed too high to be added to the politically charged, controversial legislation.

What makes “doc fix” more palatable now? First, there is broad agreement from Congress, the Obama administration, and healthcare supporters that something permanent needs to be done to give reimbursement stability to providers and help ensure access by eligible patients to Medicare-paid healthcare services. Second, lower-than-anticipated inflation rates and limitations on federal budget growth, among other factors, have reduced both recent healthcare cost increases and the size of the federal budget deficit. The $250-$270 billion cost of “doc fix” may actually be closer to $120-$150 billion if lawmakers enact changes now.

There’s a long way to go, because the proposed “doc fix” doesn’t include any corresponding budget reductions (the “pay-fors” that fiscal conservatives in Congress demand). It does seem, however, that the healthcare lobbying message on Medicare will be changing from “Save us from the latest SGR changes” to “It’s time to end SGR; adopt the ‘doc fix.’”—Michael Wyland