A Tale of Two Federal Budgets: A Primer for Nonprofits 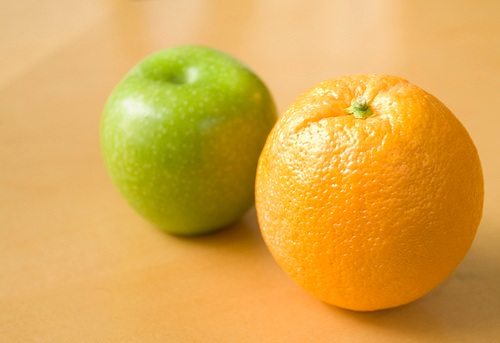 By some accounts, the House Budget Committee has delivered a budget that is bold and exciting, even if one finds it objectionable or worse. It would enact a major reduction in the number of income tax brackets (from seven to two) and would cut taxes most dramatically for top income earners and corporations. It completely restructures Medicare and Medicaid and presumes that the Affordable Care Act is dead or at least defunded and on life support – though given that the law has already survived political and legal challenges, that is indeed a suspect presumption. The budget that emerged more recently from the Senate Budget Committee is cautious, vague, and “small c” conservative; some say it’s timid and boring in that it projects a future that is pretty much on a trajectory consistent with current tax and spending priorities.

Is it “mission impossible” for House and Senate negotiators to find a middle ground between the two documents? Despite being perhaps the most divided Congress ever, the two chambers are likely to at least go through the motions of marrying the two documents. The following charts and analysis lay out how the two budget proposals stack up against one another. For nonprofits concerned about the health and welfare of the working class and the poor, the issue is not just one of what they propose for the future as revenues and expenditures, but competing visions of the breadth and inclusiveness of government’s role in helping and protecting vulnerable people.

The House FY 2014 federal budget plan, otherwise known as the “Ryan budget,” is named after Rep. Paul Ryan (R-Wisc.), the House Budget Committee chair. The Senate FY 2014 federal budget plan, also known as the “Murray budget,” is named after Sen. Patty Murray (D-Wash.), Ryan’s counterpart in the Senate. Trying to compare the two is a bit like Plato’s allegory of the cave: we are all trying to interpret the realities of the two budgets by looking at shadows on the wall. The more you look for hard facts, the less you find, especially since the two budgets use different baselines for current spending and tax policies and different projections on their budget proposals’ impact on the growth of the economy.

Nonetheless, the Senate and the House have both passed budgets, albeit radically different budgets that are unified by little more than an absence of specifics in some areas. Typically, when the House and the Senate pass differing legislation on the same topic, both would nominate members to a conference committee to work out the differences. Good luck with that!

Making it more difficult is the fact that President Barack Obama hasn’t really weighed in. By law, the president is supposed to submit his own budget sometime between the first Monday in January and the first Monday in February. That’s the budget document that the House and Senate budget committees are supposed to wrestle with before generating their own budget proposals. In this instance, the president has missed his legally required deadline. Reportedly, the White House will submit the president’s FY 2014 budget proposal on April 8th, nine weeks after the document was due.

While there may or may not be good reasons for the president’s delay depending on one’s political outlook – defenders of the president point to unusual circumstances such as the sequester, the all-consuming fiscal cliff, the continuing resolution, and the upcoming raise of the debt ceiling – the result is nonetheless a reversal of process. Both houses have adopted budgets with the president’s proposals sight unseen. One can imagine the president’s budget becoming a third document to be masticated by the members of the House and Senate conference committee.

Neither the House budget nor the Senate budget is likely to find its way into legislation as is. Comparing the two documents on a variety of issues of direct and indirect interest to the nonprofit sector, the differences appear so stark and so wide that the budgets read, as in Plato’s cave, like fundamentally divergent interpretations of reality.

However, budgets are statements of values and belief. If you want to know what a nation considers important and worthy of support, look at its national budget. The money – revenues and expenditures – paints a picture of national priorities. Knowing that it is all but certain that neither the Ryan nor the Murray budget will ever become the law of the land, what visions of America do they contain? How do those visions compare to the concerns and priorities of the nonprofit sector?

Nonprofit Sector Budget Priorities: An Analysis of the Murray and Ryan Budgets

Outlays as an aggregate constitute one budget message of importance to the nonprofit sector, but there is also an important distinction to be made in the proportion of those outlays that go to domestic programs versus the amount spent on the enormous military might of the United States.  This analysis is complicated by the way both budgets define what is or isn’t included in discretionary defense spending and how they calculate the savings to be achieved by the reduction of military actions in Iraq and Afghanistan, the two wars that were paid for, unlike previous wars, not with a tax increase or surcharge, but by simply adding to the nation’s debt.

According to our calculations, there is not a huge difference between the Democratic and Republican budget estimates for the ten-year period. Neither budget will make a serious dent in the U.S. military’s massive size compared to the next dozen largest military-spending nations combined nor undermine the role of the U.S., sustained by the Pentagon’s budget, as responsible for more than three-fourths of the global arms trade.

Discretionary expenditures on the domestic side, however, are treated very differently in the two competing budgets. The value statement is clear: Ryan’s budget leaves sequestration in place, but reallocates the burden of sequestration from the Pentagon to domestic programs. The Murray budget replaces sequestration with a mix of spending cuts and revenue increases, still leaving many programs vulnerable and not undoing past budget cuts, but clearly doing much more to sustain domestic programs than the Republican version.

These are fundamentally different views of the scope and emphasis of the federal government.  Few nonprofits view themselves as cogs in the military machine. Most are firmly entrenched in the domestic side of the economy and, to the extent that they utilize government money for the delivery of programs and services, many are tied to the domestic side of the federal budget.  Despite public statements about consensus and compromise, it is difficult to see where the compromise is here between very disparate views of the role of government.

Nonetheless, the devil is in the details, or in the specific line items in the budget. It is especially important to note the items that are discretionary expenditures, meaning that Congress and the White House can choose to increase or decrease them.

Essentially, the Ryan budget is built on the elimination of the Affordable Care Act and the expenditure provisions necessary for turning national health care reform into a reality for tens of millions of uninsured Americans. The Ryan budget’s alteration of Medicaid is quick, sharp, and deep; it would also fundamentally change Medicare coverage for seniors, though not until after a 10-year period.

Medicare and Medicaid are the big-ticket items on the domestic side, but there are several specific program areas that human service and community economic development nonprofits know well and will have to monitor.

For these and other programs, we hunger for the budget submission from the White House, which is typically much more detailed than these two proposals, with program lines delineated in a way that allows nonprofits to figure out what the aggregate department budget estimates really mean. Wrapped with loads of gauzy rhetoric, the two budget proposals’ lack of specifics leaves one with the noncorporeal feel of Plato’s wall shadows.

What is clear, however, is that the two budgets cross swords in a major way over tax reform and deficit reduction. Both have an air of unreality to them. The Ryan budget imagines that its recommendations will lead to a balanced budget in 10 years, while the Murray budget would take the nation to a deficit that is approximately only 2.2 percent of GDP.[xi] Ryan’s strategy relies entirely on spending cuts for reducing the deficit. Any revenues generated through the Republican budget’s call for tax reform get applied not to deficit reduction, but to reducing personal and corporate taxes. The Murray budget would raises revenues through tax reform and some more modest spending cuts, allocating the savings to deficit reduction. With limited ability to guesstimate whether either budget’s formula on the deficit is realistic, we turn to an issue that may be of greater importance to nonprofits: taxes and tax reform.