A Tale of Two Nonprofit Messages on U.S. Gun Violence 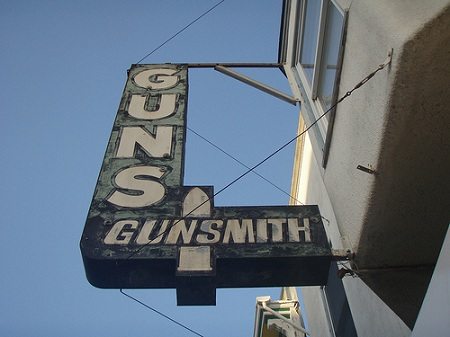 In 2010, the Brady Campaign to Prevent Gun Violence gave President Barack Obama an “F” on gun control based on his administration’s “extraordinary silence and passivity.” That was after the killings in Fort Hood, Texas in 2009 but before the Obama administration’s statements of concern (followed by no action) after the attempted assassination of former Rep. Gabby Giffords (D-Ariz.) in Tucson in 2011, the movie theater shootings in Aurora, Colo. in 2012, and the gun violence at the Sikh Temple in Oak Creek, Wisc., also in 2012.

In the second 2012 presidential debate, the president said something to the effect that while he supports some unexplained interpretation of the Second Amendment, he doesn’t think weapons meant for warfare belong on the streets of American cities. Still, the Obama administration didn’t do anything about it, which presumably didn’t improve his grade from the Brady Campaign. But after the horrible murders of elementary school children in Newtown, Conn., the president has indicated that now, at last, is the time for “meaningful action.”

Facing off against the nonprofit Brady Campaign is a much larger nonprofit, the National Rifle Association (NRA). The NRA has been almost completely silent since the Newtown shootings, even cancelling a “Tweet and Greet” with country music rapper Colt Ford. Several sources are citing an unnamed NRA spokeswoman who said, “Until the facts are thoroughly known, the NRA will not be making any comment.”

You can all imagine the comments that the NRA will be offering members of Congress. Think about the pending legislation in the 112th Congress that would limit the capacity of large ammunition feeding devices, close the gun show loophole, keep guns away from federal events (like the one that resulted in the shooting of Gabby Giffords), and prevent people on terrorist watch lists from obtaining guns. Not one of those bills moved an inch during the past two years. How about the legislation to reinstate the assault weapons ban? To our knowledge, a bill to that effect wasn’t even introduced. The NRA essentially tells lawmakers to see no evil, do no gun control legislation. The Brady Campaign gives lawmakers—and the White House—a failing grade for doing exactly what the NRA wants.

Will the president and his Democratic allies finally take the meaningful action that the president said he would pursue? Will it happen in the wake of 20 dead kids in an elementary school in Newtown, or the 87 gun deaths that occur every day in the U.S.? Will something be done to address the more than 18,735 suicide deaths, 11,493 homicide deaths, 493 unintentional deaths, and 73,505 non-fatal injuries attributed to firearms in a year? –Rick Cohen