ACA Continues to Experience Obstacles in Signing Up Latinos 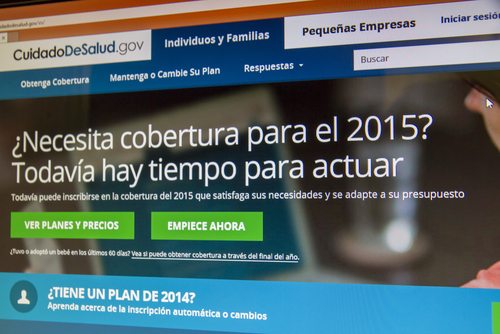 Mary Agnes Carey reports for Kaiser Health News and the PBS NewsHour that getting Latinos to sign up for health insurance under the Affordable Care Act has been difficult. Carey writes that Hispanics constitute roughly a third of the nation’s uninsured, but in the second open enrollment period so far, only about 10 percent of the enrollees are Latino—better than last year’s seven percent, but still not at the level that is needed. Moreover, a third of the ACA media budget this year aimed at reaching out through Hispanic media, up from 10 percent in the first year, but the sign-ups do not appear to match the expenditure.

The states with the best success in signing up Latinos are those that have expanded their Medicaid coverage, but that leaves out some states, such as Texas, with large numbers of Latinos but a steadfast governmental resistance to the Medicaid option. HHS indicates that if all of the states expanded their Medicaid eligibility, 95 percent of Latinos could be eligible for coverage. Only about half of the states have expanded Medicaid eligibility to date.

In the absence of universal expanded Medicaid eligibility, what seems to have worked best in reaching Latinos is the in-person assistance delivered by “navigators,” typically people at nonprofits who explain the insurance offerings on the health insurance exchanges. They don’t recommend one plan over another, but they provide an invaluable assistance to previously uninsured people struggling to understand premiums, deductibles, and co-pays. However, as Carey describes, in-person assistance doesn’t necessarily result in fast enrollments:

“Providing in-person assistance, however, takes time. A session can easily run 90 minutes to two hours, and several meetings are often needed to explain how insurance works and what the various options are. Even though applicants may qualify for the law’s tax credits, many will have to still pay a premium each month. And people who have been doing without health insurance might not feel the need to pay for it.”

The other significant obstacle Carey identifies is “the widespread fear in the Latino community that those who are eligible for coverage might endanger others in their family who are undocumented. That concern persists even though President Barack Obama and other administration officials have said repeatedly that no information on a health law application will be used for deportation purposes.” According to Alicia Wilson, the executive director of La Clinica del Pueblo in Washington, D.C., despite the government’s assurances, people are still afraid. “You don’t want to be the family member that because you signed up for coverage you’re getting your grandmother, your uncle or your parent deported,” adds Anthony Wright, executive director of the group Health Access California, a health care consumer group. Complicating matters are “mixed immigration status families,” with some family members in the U.S. legally but not eligible for the ACA, and other families with children born in the U.S. but with parents here without documentation.