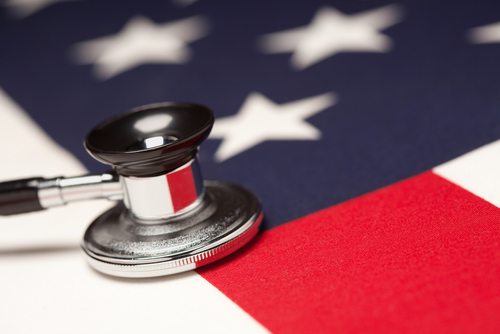 Three years running, the Gallup poll has found a majority of Americans rejecting the idea that the federal government should be required to guarantee health insurance coverage for all Americans. That’s a reversal of public attitudes prior to 2009, when people polled by Gallup favored the federal role, with a high point of 69 percent in favor in 2006. Public sentiment split after President Obama took office in 2009 and shifted to the negative beginning in 2012.

Gallup notes the apparent contradiction with respondents’ support of individual aspects of the Affordable Care Act. For example, the prohibition against rejecting insurance coverage for people with pre-existing conditions garners much positive reaction, but the ACA itself has proven increasingly unpopular.

The Gallup interpretation is that the backlash against the government role is due to the increasing enmity of Republicans and independent toward larger government. We think a different factor might be dispositive. Since the advent of the Obama administration, the design and implantation of the Affordable Care Act has been a trajectory of pitfalls and reverses. It isn’t the administration’s fault that the Republican majority in the House of Representatives forced numerous policy changes that made a health insurance system with many moving parts that much more complex. On the other hand, promises made by the administration about how the ACA would operate were changed in the course of its implementation.

Most damaging of all, the administration’s implementation of the Act through the federal exchange was nothing short of chaos in the first few months of the enrollment period. Much of what was achieved in the first year of the Affordable Care Act was due to nearly heroic efforts by nonprofit health “navigators” helping consumers sort through the offerings on the state exchanges and through advocates, health clinics, and brokers working at the state and federal levels. But the federal government’s problematic implementation of the ACA, much like the federal government’s oft-troubled public program implementation during both the Bush and Obama administrations, has led to the public’s decreased confidence in federal government competence.

If that is true, it should be a warning shot for civil society writ large. When government fails to function competently, public trust suffers, and the same holds for nonprofits. But nonprofits have another function, to advocate for competent government. If nonprofits are to work in partnership with government, as they must, they have to be aggressive in holding their government partners responsible to provide critically needed resources and to fulfill operational commitments with professional competence.—Rick Cohen