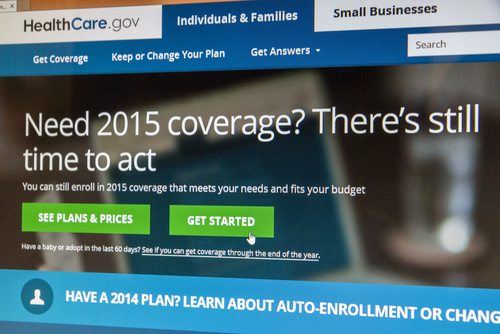 The backstory of Alejandro Lopez reflects what the nonprofit navigators of the Affordable Care Act bring to the process of getting health insurance coverage for people in need. Raised in Texas, Lopez never had a full physical until he was 18. His family got medical care when they attended free clinics. His mother’s lower legs, according to this article, were amputated because of inadequate medical attention. It is a story of what happens to poor families who don’t get quality medical care because they lack health insurance.

Today, Lopez is a federally certified healthcare navigator participating in an event at Macedonia Baptist Church in Conyers, Georgia, to help people enroll in health insurance under the ACA. “I totally understand how these folks feel,” Lopez said, and that’s partially the value of nonprofits in the ACA. They have recruited people from the community who know what people without health insurance are facing when they try to understand the world of premiums, copays, and deductibles. If you have had health insurance, the stuff is complex enough; if you haven’t, it’s like entering a strange new world of completely foreign concepts.

That’s the case in Massachusetts, where navigators employed by the nonprofit Casa Latina in Northampton sometimes have to deal with the basics, such as helping potential applicants set up an email account. Navigator Diana Soler says that even clients with some Internet skills still find the process of signing up for insurance on the marketplace websites “confusing and time consuming.” Without help, applicants such as Giancarlo Garofalo and his wife Victoria found themselves stymied by the process until they got help from a Casa Latina navigator. Casa Latina is one of 15 nonprofits funded by the state to provide navigator services to potential ACA enrollees.

“Many people find this process overwhelming, especially people for whom the computer is another world,” Soler explains. “We’ve had people from a very wide variety of socioeconomic scales coming and asking for assistance,” adds Cameron Carey, the development director for the Community Health Center of Franklin County, which also helps people through the enrollment process. “People with degrees, even in cases with advanced degrees are having difficulty navigating the system.”

In Pittsburgh, one of the nonprofit navigators groups is the YWCA of Greater Pittsburgh, which has been sending navigators downtown to focus on “vulnerable populations such as women, African-Americans, and Latinos,” according to Beth Heeb, the Y’s COO. Although some state legislators in the commonwealth have proposed tighter state oversight of the navigators who, they charge, might be misleading the public, the Pennsylvania Health Law Project says that there are no instances of navigators causing that kind of problem. Rather, the navigators are consistently lauded for their help. “I wouldn’t know what the heck I was doing [without navigators],” said Courtney Keeton, a student at Community College of Allegheny County who suffers from rheumatoid arthritis. “This is my first time without insurance.”

Notwithstanding the suspicions of state legislators, navigators get pretty high marks across the board, partly because they identify with the people and communities they are trying to help find insurance under the Affordable Care Act. Potential consumers don’t find themselves in sterile government offices talking to a clerk at a cubicle or behind a glass barrier like a bank teller. The navigators come to them where they are and typically engage in conversations that go as long as needed, sometimes 90 minutes. While the navigators are being examined through the lens of making the Affordable Care Act work, they are also more broadly demonstrating something  about how government, through partnerships with nonprofit service providers, can find ways of getting services to people in need rather than hoping that eligible persons somehow screw up their eligibility and miss on the resource.—Rick Cohen