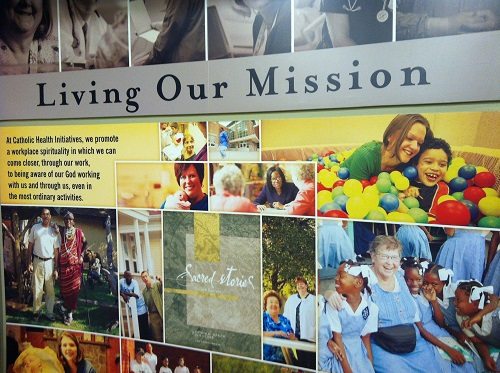 NPQ recently reported on the fact that many are becoming concerned as Catholic healthcare systems merge with secular hospitals, sometimes dominating a region’s health care system. The concern is that the rights and healthcare options of gays and women may be constrained by Catholic doctrine.

Now, the ACLU has brought a suit in federal court against the United States Conference of Catholic Bishops and a Catholic hospital in Michigan on behalf of Tamesha Means, who claims that no one told her that her fetus had almost no chance of survival and that continuing on with the pregnancy would pose a serious risk to her own health. Means contracted two serious infections.

“There are disastrous consequences when religious hospitals hold themselves out as offering comprehensive care” but follow Catholic directives, which can “endanger women’s health in the process,” said Kary Moss, executive director of the ACLU of Michigan.

The case resembles that of Savita Halapannavar, the Indian woman who died after she was denied a termination in an Irish hospital during a miscarriage.

Catholic hospital directives require that medical practitioners not intentionally end the life of an embryo or fetus, even when there is imminent risk to the woman carrying it. The suit alleges that if Means had “known the extremely low chance of fetal survival and the risk to her health from continuing the pregnancy, she would have terminated the pregnancy” and it cites a public health educator who says that there are at least five instances in which Mercy Health Partners did not induce labor in similarly dangerous situations.

Additionally, a recent study published in the American Journal of Bioethics Primary Research found that “when applied to cases in which patients were already losing a desired pregnancy and/or the patient’s health was at risk, some physicians found the institutional restrictions on care to be unacceptable.”

When NPQ covered the story about the increasing dominance of Catholic health systems in some areas of the country, it was precisely these sorts of concerns that emerged. It is one thing to have one hospital act in such a reprehensible way, but when it is the only show in town, the lack of access becomes systemic, and should be an issue on the front burner for healthcare activists all over the country.—Ruth McCambridge