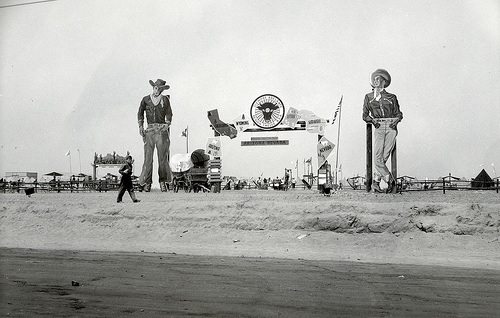 Calling it a “relic of an age of prejudice,” Attorney General Eric Holder has come out against the Boy Scouts’ policy disallowing gays and lesbians from serving as Scout Leaders. Holder said that the BSA, as “an iconic American institution,” in discriminating “only preserves and perpetuates the worst kind of stereotypes.”

Holder made his remarks on the matter at an event run by Lambda Legal, a gay civil rights group. As readers may remember, last month, former Secretary of Defense Robert Gates, known for dismantling the “Don’t Ask, Don’t Tell” policy in the U.S. military, was confirmed as president of the BSA, but at that time he revealed that he had no intention of re-raising the decision made a little more than a year ago to allow openly gay scouts but continue to exclude gay Scout Leaders.

It will be interesting to see if Holder has other plans for challenging the Boy Scouts. As I said then, whether or not to engage this issue may not be up to Gates, but maybe he needs the pressure to come from without.—Ruth McCambridge