There has been a new development in the ongoing battle over the management of the Alamo. Readers might recall from earlier NPQ articles accusations of conflict of interest in the creation of the structure of nonprofits managing the Alamo, and that, a few months earlier, the Land Commissioner, who is the head of the boards of these organizations, was being grilled about the corporate structure and decision-making. Now, reports are that the leadership of the nonprofit organization managing the daily operations of the Alamo in Texas has bowed to pressure from local legislators and decided that their board meetings shall be open to the public except on special occasions.

The bylaws of the newly restructured Alamo Trust now state that the agendas of board meetings will be posted on the organization’s website at least 24 hours in advance and that there will be an opportunity for public input on their content. The Alamo Trust CEO suggested this was done voluntarily, in the belief that the Alamo Trust is publicly funded and so falls under the Texas Public Information Act.

As of this writing, the website does not have an announcement of the next meeting, or a corresponding proposed agenda. The minutes of the December 20th meeting at which the changes were adopted are also not posted on the website.

Despite this move, criticism is still being leveled at George P. Bush, the land commissioner:

The structure of organizations involved with the Alamo is indeed very confusing, and some very significant changes were made in board meetings in September of 2017. According to the minutes of these meetings, which are posted on the website, there are three organizations involved: The Alamo Trust, which manages day-to-day operations; the Remember the Alamo Foundation (RTAF), charged with raising funds to house the new museum to host artifacts donated by musician Phil Collins; and the Alamo Endowment, which manages annual charitable giving to the Alamo.

Prior to the September meeting, the Alamo Trust was known as Alamo Complex Management. It was a membership organization, and the sole member was the RTAF. The president of both of these organizations’ boards of directors was, and remains, the land commissioner for as long as he/she holds office. Bush is the current land commissioner. The Alamo Trust was renamed as such at the September meeting of the Board of the RTAF.

Another change made at that meeting was that the Trust would no longer have any members, and that RTAF therefore was no longer the sole voting member. Instead, the opposite would take effect, and the Trust would become the sole member of RTAF. This is indeed reflected in RTAF’s bylaws. (Unfortunately, the link to the Trust’s bylaws on the website is not working, as of this writing.) The Endowment also had RTAF as its sole member until the September meeting, following which the Trust became the sole member. This is reflected in the Endowment’s current bylaws. As with RTAF and the Trust, the land commissioner is the president of the board for as long as he or she holds office.

These changes were proposed at the meeting and explained by Douglass McDonald, CEO of the Trust and, ex-officio, of RTAF and the Endowment as well. The argument is that the existing structure of the three organizations was too complex and needed to be simplified. The organization of which Mr. McDonald is an employee, the Trust, was made the lead organization, with the others falling under its guidance. The financial accounting would also be brought under a single umbrella.

McDonald is the head of the three organizations’ administration, and Bush the head of their governance. As of the September 2017 RTAF board meeting, the boards of the three organizations completely overlap: all three have the same 11 directors. The Trust, managing day-to-day operations, receives public funds and so is required to follow the open meetings and public information acts. The other two, engaged solely in fundraising, apparently do not receive public funds and so are not required to follow those acts. The structure remains complex—and that, in and of itself, can surely limit real transparency.—Rob Meiksins 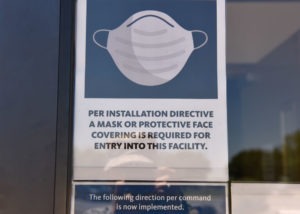