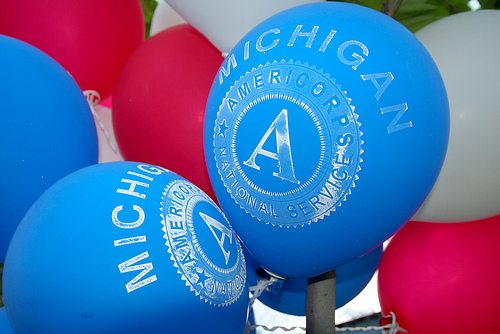 The press coverage about the shortcomings of healthcare insurance for AmeriCorps VISTA workers has been a little sparse beyond the New York Times and the Nonprofit Quarterly. An editorial that has been reprinted in a couple of press outlets criticizes the Obama administration for offering an insurance program that clearly fell short of the minimum standards of the Affordable Care Act.

Defenders of the administration’s late announcement of the health plan’s noncompliance, three years after the enactment of the ACA, suggested that it might have been difficult for the implementers of health insurance reform to have been on top of everything that the ACA might affect, such as the AmeriCorps health plan. The administration’s broader defense is that the health insurance plan isn’t technically considered health insurance and, moreover, that VISTA workers aren’t technically paid government employees, but rather stipended volunteers. The latter means that the U.S. government views itself under no obligation to provide VISTA workers with ACA-compliant coverage.

However, the Corporation for National and Community Service purportedly had been assuring VISTA workers during this three-year period that their coverage worked for ACA purposes. Now, in the wake of the announcement that VISTA workers might be hit with individual coverage penalties due to their lack of adequate coverage, VISTA workers are being encouraged to get coverage on their parents’ health insurance policies or, because of their extraordinarily low incomes, apply for Medicaid coverage.

However, an exploration of blogs and listservs frequented by VISTA workers and other AmeriCorps stipended volunteers reveals that the shortcomings of health coverage for VISTAs was a well known source of problems in the program for some years, even before the advent of the ACA:

Describing the “mediocre” aspects of AmeriCorps service, one volunteer wrote, “You can receive health insurance, which works well for simple visits to Target Clinic and is great for prescriptions but anything serious or that requires hospital stays requires that you call them to discuss it.”

Another was a bit more blunt: “The big drawbacks, no sugar-coating…the ‘health insurance’ is bullshit.” A second-year AmeriCorps participant was equally blunt: “Your medical/dental benefits will suck. They are very basic—very. And you are encouraged to get supplemental insurance during your service. I have many examples, both personal and co-worker based, on the level of suckage of the benefits.”

In most cases, the negative comments about AmeriCorps healthcare came from AmeriCorps participants who were otherwise supportive of the work they were doing in the field and recommending that others join them. For example:

“I’d say that if you are still under your parents health insurance and know that the organization is reputable and that there will be other VISTAs there, go for it. It really can be rewarding if you find the right place… The real complaint I have is the health coverage. I now have some debt from a medical visit that I was told was covered but because the doctor did NOT do a certain test, it was not covered. As someone pointed out, the prescription coverage is fantastic.”

In many cases, health coverage is the only complaint: “If there’s anything to complain about regarding the program, it would be the lack of a decent health insurance policy. What [the plan administrator] Seven Corners offers is just terrible.”

While AmeriCorps volunteers, including VISTAs, will sometimes complain about the incredibly low compensation, the lack of unemployment insurance coverage after they leave (because they aren’t government employees), and other factors, most didn’t join the program blind. The VISTA program was always one which closely fit the description President Lyndon Johnson gave the nation’s first group of 20 VISTA volunteers: “Your pay will be low; the conditions of your labor often will be difficult,” he said, “But you will have the satisfaction of leading a great national effort and you will have the ultimate reward which comes to those who serve their fellow man.”

But healthcare is different. Like Medicaid and Medicare, both products of the War on Poverty that gave birth to the VISTA program itself, the ACA is a program that reflects a national commitment that every American, no matter what his or her circumstances, should have health insurance coverage. Low, poverty-level wages are not an excuse for the nation to put these social action volunteers into lifelong debt due to medical costs, whether preexisting conditions, not covered by their AmeriCorps insurance, or specialty treatments. This healthcare coverage snafu is particularly ironic, as many AmeriCorps volunteers are working in programs aiming to extend access to healthcare for people in need.

According to the editorial, “AmeriCorps needs to update its current health benefit to ensure it meets minimum coverage requirements in the reform law…Obama has been a staunch supporter of national service, and he should shelter volunteers from any penalties until this is sorted out.” It adds, “Americans who have dedicated themselves to serving their country in a federal volunteer program should not be caught in the cross hairs of the federal health reform law.”—Rick Cohen