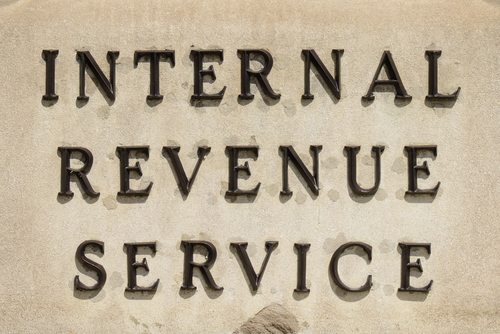 The IRS announced Tuesday that the government shutdown earlier this month means that it is almost three weeks behind in its preparations for processing tax returns. The April 15 filing deadline will not change, because it’s set in law. However, the early processing of returns, beneficial for filers anticipating tax refunds, may be delayed by up to two weeks. The original estimated start date of January 21, 2014 for processing of 2013 individual tax returns has been changed to “no earlier than Jan. 28 and no later than Feb. 4,” according to the IRS.

The IRS will issue final decisions in early December on the amount of delay and which IRS processes are being delayed. In 2013, processing of individual tax returns was delayed by last-minute problems with the IRS’s “e-file” tax return submission system. Returns for 2012 were not processed until January 30, 2013, regardless of when they were submitted to the IRS.

In the press release, the IRS encourages people to use the electronic systems made available to taxpayers and preparers, noting that early delivery of paper tax forms will not improve processing times. The IRS also encourages holding off on contacting the IRS, as they are working through the 400,000 pieces of correspondence they received during the shutdown in addition to the backlog of one million pieces of correspondence present before the shutdown.

Taxpayers anticipating significant refunds are likely to be affected most by the IRS delay. (Filers of about two-thirds of individual tax returns receive a refund.) Many filers, especially lower-income households, use their tax withholding as a “savings account” and look forward to tax refunds as a way to make major purchases or settle up credit accounts after holiday season spending. In addition to excess withholding, tax refunds are also how distributions of approximately $62 billion in earned income tax credit (EITC) benefits are made. [Source: TIGTA report on improper EITC payments]

Nonprofits serving people in need, and especially those individuals and families in fragile economic circumstances, should pay attention to the IRS’s tax season schedule. The IRS’s ability to address its workload in the next several weeks will indicate whether nonprofits may see spikes in demand for services in early 2014 as taxpayers wait for refunds.—Michael Wyland