Mulling the Effects of a Minimum Wage on Nonprofits 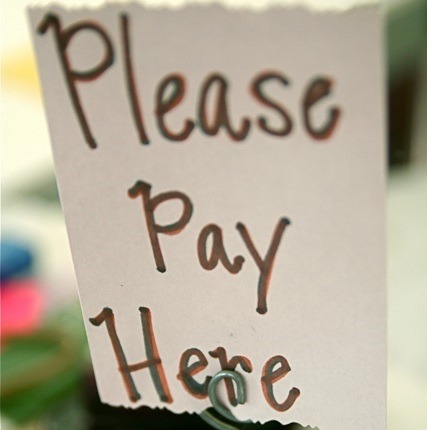 Earlier this month, the Berkeley Labor Commission in California proposed to raise that city’s minimum wage from its current level of $10 an hour (which will rise by local ordinance to $12.53) to $19 an hour, jumping over most of the minimum wage discussion in the nation which has typically focused on $15.  It is understandable in a community like Berkeley where, according to Zillow, the average rent is above $3,500 a month, though small business owners in the ultra-expensive city are complaining that even the current minimum $10/hour wage level has some operating in the red.

Many Americans have voted to increase the minimum wage substantially above the federal minimum of $7.25 an hour, but there is a lingering sense that some nonprofits are themselves minimum wage employers and are uncomfortable or worse with the notion of paying $10 an hour, much less $15 or $19.  Nonprofits generally show up in public hearings to speak in favor of higher minimum wage levels, in part because higher wages for their constituents mean higher quality of living.  Still, there are some subsectors of the human service economy that anticipate higher wages with apprehension.  In El Cerrito, California, the owner of a company that provides senior citizens with home-based caregivers indicated that El Cerrito’s contemplated $15/hour minimum would lead to daily payment rates of $472, which is more than many seniors could afford.  “(The caregivers) will be out of a job,” said Susan Grant, the owner of Senior Helpers. “The elderly will move on to group homes or die.”

Nonprofits and foundations seem to be a little uncomfortable with a public discussion of the minimum wage issue.  That makes a webinar like the California Association of Nonprofits session titled “Are Nonprofits and Philanthropy Ready to Pay $10 an Hour on January 1?” instructive for what is said and what else might have been said had minimum wage critics been willing to pipe up.  In fact, CalNonprofits executive director Jan Masaoka told NPQ in a Skype message, “It was very difficult to get people to be willing to be on this webinar…EDs who have min(imum) wage employees don’t want to admit it, and funders don’t want to get within 10 miles of the subject.”

That being said, Masaoka attracted three knowledgeable speakers to weigh in on California’s minimum wage increase proposals—Cindy Duenas, executive director of the Center for Human Services in Modesto, Sofia Klatzker, executive director of Arts for LA in Los Angeles, and James Head, president and CEO of the East Bay Community Foundation in Oakland—to discuss the implications of higher minimum wage levels for nonprofits, with CalNonprofits policy director Nancy Berlin providing precise background information on the status of minimum wage proposals in the state.

The focus of the program was on the practical management implications of the higher minimum wage proposals.  Berlin explained that the minimum wage in the state will rise to $10/hour as of January 1, 2016, but legislation to increase it further to $13/hour hasn’t yet made it out of the legislature.  While the legislature considers the issue again, the Service Employees International Union is circulating petitions to get the higher minimum wage issue placed as a referendum on the November 2016 ballot. She explained that California municipalities are themselves frustrated with inaction in Sacramento and the minimum wage “logjam” at the federal level.  As a result, eleven have passed local ordinances and another dozen are inclined to follow.

The highest minimum wage so far is San Francisco’s at $12.25 an hour.  Berlin pointed out, however, that these municipalities have different kinds of exemptions, which makes the minimum wage question different from community to community.  It is even more complicated due to the more than 30 governmental entities—local and county governments and some special governmental districts and authorities—that require various “living wages” to be paid by vendors and contractors, both for-profit and nonprofit.

Duenas described the reality of a higher minimum wage for her organization, a human service provider with some 200 staff.  She said that her organization anticipated the higher minimum wage issue and determined that, even with the challenge it might pose to the organization’s finances, “it was in the best interest in the people we serve.”  Nonetheless, the Center had to address the wage challenge on a number of levels—increasing the wages of people paid close to the minimum, but also increasing the wages and salaries of other staff in proportion; examining the impact of the higher portion of the organization’s budget to be paid to personnel on what would become a potentially lower level of some services; rethinking how to generate funding for programs which, because of their operations, couldn’t possibly be cut back, such as the shelter which is a 24-hour program that cannot sustain service reductions; and engaging “partners” in the public and private sectors to better understand the cost implications for the programs and understand the need for them to increase their levels of support.  Duenas reported, for example, that county officials increased their funding of the Center to account for the minimum wage gap.  Note, however, that the Center’s home county is not a living wage-mandating jurisdiction.  Had the county required an even higher living wage, that would have been another level of challenge to the organization’s finances.

One of the important elements of Duenas’s comments was the recognition that a higher minimum wage doesn’t just mean wage changes for the employees at the bottom of the nonprofit’s pay scale.  Masaoka pointed out that California law requires that exempt employees (paid a salary and not entitled to overtime pay) have to be made at least twice as much as the minimum wage, which would be $37,000.  While many nonprofits might not be minimum wage employers, they might currently have exempt employees paid less than $37,000 a year.  They would either have to convert those employees to hourly employees, keep track of their hours, and pay overtime, or raise their salaries to stay above the exempt employee threshold.

Klatzer raised additional practical challenges.  For example, while she said that the arts community supports an increased minimum wage, many arts groups hire artists or other workers on contract or on an hourly basis.  There is a debate with the state in part regarding how to classify workers—as employees versus as contractors—and a within the sector regarding the different kinds of employee positions in the arts community, for example, artists on contract versus security guards, food service workers, and others that might be lower paid hourly employees. For some arts groups, paying higher wages or moving current exempt employees above $37,000 poses the challenge to entities like Arts for LA, committed as it is to ensure that all communities have access to arts and culture.  Will groups increase the cost of ticket prices to pay the higher wages even if that means reduced access to arts and culture?

That in a way is the educational challenge.  As Head noted, the foundation has to better understand the cost and service implications of higher minimum wage levels (or potentially living wage levels) in order to be able to respond appropriately.  He noted that the East Bay Community Foundation along with the San Francisco Community Foundation and the Akonadi Foundation, among others, have contracted with Urban Strategies to examine these questions and provide information that the foundations can use to better assess what will be required of them in response.  Nonetheless, he acknowledged that foundations are “a little all over the place” on the issue of a higher minimum wage.

That may be, in part, a reflection of divisions in the nonprofit sector over the minimum wage issue.  Masaoka indicated that 77 percent of respondents to a California Association of Nonprofits survey supported a higher minimum wage, but that means that more than one-fifth either opposed it or took no position one way or the other.  Who are the groups that are advocating, perhaps quietly, against a $13 or $15/hour minimum wage?  What do they think that lifting the floor under the lowest paid workers in their communities—or within their own organizations—would do that would be so onerous that it should be opposed?  Is there a problem of size or scale (Masaoka said that most of the survey respondents that were opposed were in the 6-25 employee range)?  Do they imagine that they wouldn’t be able to get more money for salaries from their government contracts or from foundation grantmakers?  Masaoka told NPQ on Skype, “foundation folk quietly support minimum wage increases but they seldom fund efforts to raise it, and they virtually never help their grantees with the transition and the huge budget increases it entails.”  Even Head acknowledged that his own foundation and others might possibly have to make fewer grants in order to maintain support for the groups they already support to help them with the wage increase issue, at least until they got a better handle on the cost and service implications and were able to raise more money from donors to adjust to the funding gap.

Masaoka began the webinar with the statement that the higher minimum wage issue is at “the intersection of policy matters and management matters.”  The locus of that intersection is almost always the nonprofit sector, which has the dual responsibility of crafting and advocating policies for the advancement of the constituencies they serve and simultaneously figuring out how they as nonprofits can financially and administratively survive to deliver on their missions.—Rick Cohen