Are Harvard’s Facebook Likes Phony? What Does That Have to Do with You? 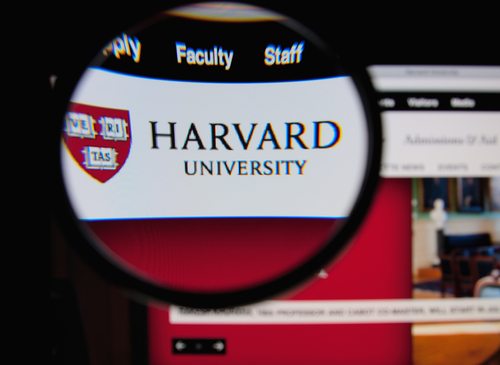 Harvard University certainly has the money to purchase a whole bunch of Facebook “likes,” but did they actually do such a crass thing? Lenny Teytelman had his suspicions, since Harvard has 3.3 million likes—more than any other university and ten times the number of most. And of course there is the clue that Harvard gets its highest levels of Facebook engagement from Dhaka, Bangladesh, from which specious likes apparently often emanate.

Now, Teytelman claims that approximately 3 million of these “likes” are not only probably fake, but also potentially purchased. But Teytelman is not accusing Harvard of anything, necessarily; he’s merely attempting to make a point about Facebook’s practices.

First, a baseline: Most other universities, even very high profile ones like UC Berkeley, Princeton, and Columbia have fewer than 300,000 likes, but by 2011 Harvard had a million. Now it has 3.3 million.

Harvard is offended by the suggestion that it paid for love, saying in a statement that “Harvard is an internationally-recognized institution with students, faculty, alumni and other followers around the world. Global interest in Harvard is validated by engagement across all our platforms. Social media is among the many tools we use to connect with the Harvard community and with many others interested in the teaching, learning and research at Harvard. The University did not pay for any of the 3.3 million likes on its official Facebook page.”

Teytelman says that paying for “likes” involves clicking “promote this page” on Facebook and paying a fee. Doing so means Facebook is supposed to make the page more visible to those who might have an interest in the page. Since Facebook’s revenue from advertising is derived from the number of likes your ads get, it’s in their interest to do so for those who pay. But Teytleman says that it is very easy to tell which ads have been promoted in this way because they usually involve mounds of “likes” from places like Dhaka or Addis Ababa in Ethiopia.

Teytelman suggests that in Harvard’s case, if it did pay for them at a similar rate as he had for an endeavor of his own, the institution might have paid between $150,000 – $300,000 for its popularity.

“We fell for it a year ago,” Teytelman said. “This was us trying to grow because we are a new startup and we wanted scientists following. We clicked ‘promote your page’ and 60 dollars later, we had 1,000 likes by the end of the day.”

But Teytelman said the onslaught of “likes” turned out to all be from India and were not from real accounts—and to make matters worse, he could not get them removed.

Apparently, Harvard is not alone in its predicament. 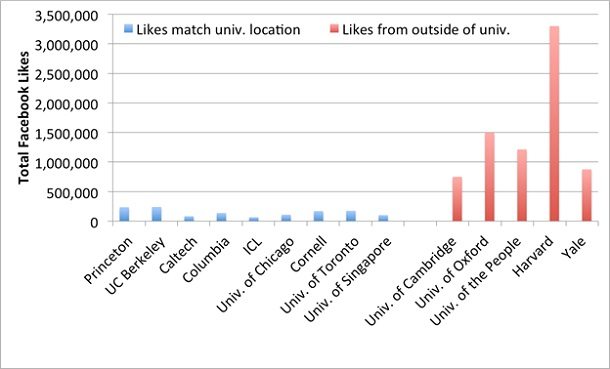 Business Insider reports that Harvard may not have actually purchased the likes, even if they are fake. “If you run ads on Facebook indiscriminately, targeting anyone in any country, then you’re likely to attract clicks from some pretty irrelevant accounts all over the globe,” it writes, pointing out that high “likes” could also result from “click farms.” See their video explanation on Facebook fraud here.

In any case, the point is that those kinds of likes make an institution look cheap. If Facebook is a part of generating them, or even selling them, Teytelman thinks they should stop—and, of course, if you are ever tempted to take the “promote this page” shortcut, you should probably think twice.—Ruth McCambridge