Are Hospitals Part of the Ebola Problem? 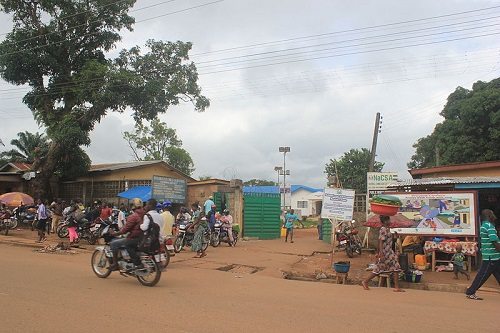 While much has been written about the unwillingness of some in Ebola-affected regions to come forward to be treated, they were apparently smart to be wary. Some aid organizations caring for patients with the Ebola Virus are now suggesting that the practice of treating them in hospitals is likely making the epidemic worse.

“It is a very difficult to fight Ebola with a hospital,” said Franklin Graham of Samaritan’s Purse. “The reason is that the Ebola got into the hospital and infected the hospital.” Graham believes that large, centralized hospitals serve to infect other vulnerable patients as well as staff. Instead of hospital care, it makes more sense to establish stand-alone isolation units and provide protective gear for families caring for those suffering from the virus. “My recommendation is the hospital has to be removed and separated quite a bit from Ebola.”

Graham emphasizes that the response must include support for those caring for loved ones at home. “The most important thing, I believe as we move forward, is to give people a way to protect themselves—giving people gloves, giving them gowns, giving them masks,” he said. “Let’s say you had Ebola. Your family could come and they would be given protective equipment so they could take care of you.”

The International Federation of Red Cross and Red Crescent Societies is on the same page; it has issued an emergency appeal for money to build a stand-alone Ebola treatment facility in Sierra Leone. Médecins Sans Frontières (Doctors Without Borders) is thinking along the same lines: “Already we are running a number of isolation units,” says Sophie Delaunay, executive director of MSF New York. “It is very simple. You need an empty field and you set up an isolation ward.”

Delaunay is hoping that those with more resources to address the outbreak pay attention and pivot with the groups working on the ground. “If an NGO like MSF does what we are doing, states can do it, and even at a larger scale,” she said. “This is all we are asking. If a few states get their acts together, their means are much bigger than MSF’s means.”—Ruth McCambridge