Atheists Say Churches Should Have to File Form 990s 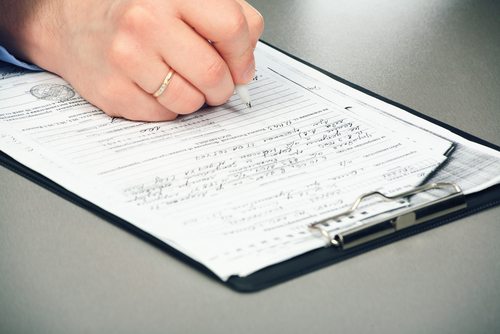 This issue was bound to surface again in light of questions about nonprofit accountability. 501(c) nonprofits file Form 990s and other documents, but religious organizations can be treated as the equivalent of public charities for tax-deductible donations without having to file 990s or fulfill other the administrative and procedural strictures required of 501(c)(3)s. American Atheists has filed suit in the U.S. District Court for the Eastern District of Kentucky, demanding that the IRS require of churches the same transparency of donors, salaries, and other expenditures that’s required of secular nonprofits.

The case specifically concerns whether churches should be required to file a Form 990. American Atheists contends that the 990-filing exemption for churches and other religious organizations is a violation of the First and Fifth Amendments to the Constitution. According to the Religion News Service, the suit says that this exemption from filing 990s means that religious organizations have “little proof that…[their] activities benefit the public and should be tax exempt.” The argument of American Atheists is essentially that this disparity between religious and secular organizations is unconstitutional and treatment should be made uniform.

The RNS report was terse, and raised a confusing question regarding whether public charities are more or less subject to donor disclosure than we think they are, so we decided to check the American Atheists website to see the plaintiff’s explanation of its concerns and to review the court filings. Contrary to the RNS report, the American Atheists case was actually filed in December of 2012. The U.S. government filed to dismiss in June of 2013, the Atheists responded in August, and oral arguments began last week.

American Atheists contends that secular 501(c)(3) groups end up subsidizing religious groups, because it takes money to maintain 501(c)(3) status. While churches don’t have to file 990s, secular public charities do, taking an estimated 211 hours to prepare and file according to IRS analyses. It also costs public charities money to file an application for nonprofit tax-exempt status.

The website contends that the “IRS treats your organization better if you profess in a supernatural deity.” Part of that is the requirement that secular nonprofits disclose to the IRS information about their donors, which American Atheists argues is then public information. In reality, that isn’t quite true, since (c)(3)s do not have to disclose their donors’ names and amounts to the public per se.

The government’s response was basically a dismissal both of American Atheists’ claim to having suffered “any concrete or particularized harm from the alleged discrimination” warranting judicial action and its standing to bring suit. While the government response seems like a textbook dismissal of all claims based on standing, the response from American Atheists is quite specific regarding the harm the organization and its members suffer from the unequal treatment compared to religious groups and, in contrast to the defendant’s claim that there was no governmental action to remedy, that there are governmental actions that violate equal protection (Fifth Amendment) and no religion (First Amendment) parts of the Constitution, consistent with the arguments in the plaintiffs’ initial complaint.

Don’t write this complaint off. This author remembers a plenary discussion at a meeting held by one of the national nonprofit leadership organizations during the period a decade ago when there was something of a national dialogue on charitable accountability, prompted by the Senate Finance Committee. At one of these sessions, a leader of the national organization asked the audience whether they felt that religious organizations should be required to file 990s. The answer from the audience was a resounding yes, but the response from the dais was that it was a topic too politically sensitive to pursue. That may be so politically, but the federal courts could rule otherwise, and wouldn’t that be a sea change in the nonprofit sector?—Rick Cohen

On November 21st, one day after oral arguments in the American Atheists case, Judge Barbara Crabb in the District Court of the Western District of Wisconsin ruled that the IRS exemption that gives clergy tax-free housing allowances is unconstitutional. Judge Crabb ruled the tax exemption was a violation of the establishment clause because it “provides a benefit to religious persons and no one else, even though doing so is not necessary to alleviate a special burden on religious exercise.”

The idea of a tax-free housing allowance for priests, ministers, rabbis, and imams goes back to 1921, when Congress specifically authorized the tax allowance as increasing numbers of clergy began to move out of church-owned parsonages into private housing. In the 1970s, this issue was litigated when the IRS tried to get megachurch pastor Rick Warren to pay taxes on his $70,000 housing allowance, but the courts ruled against the IRS and in favor of Warren. According to the Religion News Service, the average member of the clergy earns an income of $50,000, but receives another $16,000 in the tax-free housing allowance. The Joint Committee on Taxation puts the cumulative cost of the housing allowance tax exemption to the U.S. treasury at $700 million.

Speaking on behalf of the plaintiffs, the Freedom From Religion Foundation’s co-presidents Annie Laurie Gaylor and Dan Barker greeted Judge Crabb’s decision with, “May we say hallelujah!” The plaintiffs in the American Atheists case in District Court in Kentucky may look to the Wisconsin decision and say the same.