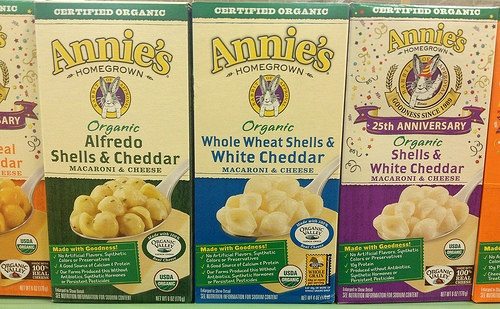 One slice of the hybrid organization movement that seems to be pumping right along is comprised by “B Corporations,” for-profit entities deemed to meet public benefit standards of being socially responsible, often in terms of their dealings with communities and the environment. Companies assessed and certified by a nonprofit called B Lab can place a “B Corp” logo on their marketing materials. In addition to the private certification process overseen by B Lab, more than half of the states in the U.S. have adopted legislation to authorize “benefit corporations,” which may or may not overlap with certified B Corporations. Writing for Al Jazeera, Michele Simon, a public health lawyer and president of Eat Drink Politics, cites Forbes for the definition of the benefits accorded by benefit corporation legal status: “Incorporating as a benefit corporation legally protects an entrepreneur’s social goals by mandating considerations other than just profit.”

Although Simon suggests that the philosophy “of prioritizing positive social and environmental practices” guides both B Corporations and legally authorized benefit corporations, there is a difference. The impact of B Corporation certification is fundamentally one of marketing, like, as Simon notes and the B Lab observes on its webpage, the “Fair Trade” label placed on some brands of coffee. In a time when consumers are increasingly interested in corporate social responsibility regarding the businesses they shop at and support, the B Corporation branding probably counts for a lot.

It is a little more questionable to imagine investors challenging B Corporations like the Better Bean Co., Revolution Foods, Numi Organic Tea, Nutiva, Guayaki, and Happy Family because they are not doing enough for shareholders’ bottom-line interests. How many corporations of any sort have had to seek serious legal protection from profit-ravenous shareholders due to the companies’ philanthropic or CSR activities?

Perhaps that might be in an issue in the future, though, as big corporations see the market attractiveness of these CSR-minded companies and begin to gobble them up. Simon points out that Campbell Soup Co. acquired the certified B Corporation Plum Organics, a company making children’s food products. This is the first instance of a B Corporation wholly owned by a publicly traded company. She also notes that General Mills is preparing to buy Annie’s, an organic food company. Of course, Ben & Jerry’s is also a B Corporation and is owned by the publicly traded Dutch conglomerate Unilever. (As an aside, Ben & Jerry’s got the brownies it used in its original chocolate fudge brownie ice cream from another B Corporation, the Yonkers-based Greyston Bakery.)

Corporate social responsibility sells, so to some extent these acquisitions might be seen as big corporations purchasing and developing new product lines that they’re unlikely going to want to muck around with. For example, despite the acquisition of Ben & Jerry’s, there are no apparent signs that Ben & Jerry’s operates much differently as a subsidiary of Unilever. Also, the mythology that Cohen and Greenfield, the founders of the company, were compelled by corporate law to sell once Unilever made a bid has demonstrated to be patently untrue. Much more plausible is that Cohen and Greenfield cashed out and walked away with something like $50 million in hand. Unilever might not make major changes in a product line that the conglomerate likes and sees as successful. The notion that without the protection of benefit corporation legal status, an offer to acquire from Unilever, General Mills, or Campbell Soup might have to be automatically accepted is simply false.

But it is also possible that despite Unilever’s appreciation of the distinctive product lines of Ben & Jerry’s (or General Mills’ of Annie’s), future acquisition of benefit corporations could result in attempts by big corporations to water down the social responsibility content of benefit corporations they acquire. That’s a possible concern, especially since, according to Simon, the B Lab’s assessment criteria do not include important elements of social responsibility such as companies’ marketing practices (like marketing to children) or their standards regarding animal welfare in product testing, which are significant issues among many large corporations in the food industry.—Rick Cohen