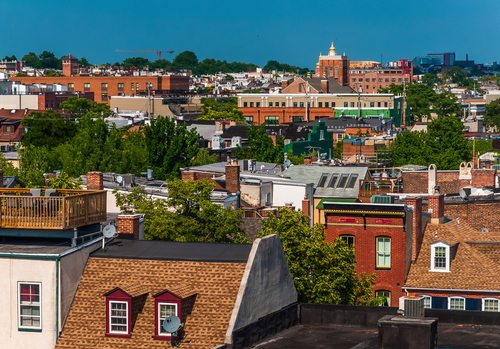 Nonprofit advocates have been laser-focused on preventing bank and mortgage company foreclosures, but homeowners can lose their homes to municipal government authorities due to unpaid taxes just as easily. The Baltimore-based Abell Foundation recently issued a report revealing that Baltimore homeowners can lose their homes for as little as $250 in unpaid property taxes. In contrast, in Washington, D.C., only 40 miles away, the threshold for triggering a tax lien sale is $2,500.

Referencing the way the city’s tax lien sales frequently affect elderly homeowners, City Council member Mary Pat Clarke has proposed raising the threshold to $750. It isn’t clear how much of a benefit that increased threshold would be, other than exempting homeowners with lower tax debts. The tax lien sale essentially allows Baltimore to recruit third-party entities to chase down property owners for their back taxes, charge interest of 18 percent, and go to court to take the properties in question if the owners don’t pay. If they do pay, they are hit with not only the amount of taxes owed, but interest, court costs, and legal fees as well.

The current mayor, Stephanie Rawlings-Blake, appears to support the lower threshold, indicating that it is, as written by the Sun’s Yvonne Wenger, “constructive by forcing homeowners to address the debt before it grows larger,” a statement that sounds a bit like those of defenders of the Detroit Water and Sewerage Department’s shutoff policy. Rawlings-Blake indicated that the city offers help for low-income and elderly homeowners and offers help for them to save up to pay for future tax bills.

The comparison to Detroit is not out of bounds. The Abell report also noted that Baltimore can trigger a tax sale of a property that may be current in property taxes but has an outstanding water bill of $350 that is at least nine months delinquent. Wenger notes that unpaid water bills cannot force a tax sale in Washington or New York. In a way, Baltimore’s policy of potentially putting a home up for tax sale due to unpaid water bills is even more draconian than Detroit’s shutoff policy, though both leave lower-income residents in exceptionally difficult and dangerous straits.

Like Detroit, Baltimore is a predominantly black major city, with 63.3 percent of the population counted as black or African-American as of 2013. Almost one-fourth of Baltimoreans live below the federal poverty level. The Abell report—The Steep Price of Paying to Stay: Baltimore City’s Tax Sale, the Risks to Vulnerable Homeowners, and Strategies to Improve the Process, written by Joan Jacobson—acknowledges that most of the victims of this tax foreclosure process are black homeowners living below the federal poverty level. Many qualify for subsidized or free legal aid.

A number of Baltimore groups have been working to stabilize the environment for lower-income homeowners tying to stave off foreclosures from banks and the city, while other community-based nonprofits have been trying to find ways of overcoming with the low threshold for tax sales and the inclusion of some water delinquencies as a tax sale trigger. Among the more notable nonprofits active in this arena have been the Pro Bono Resource Center, the Maryland Volunteer Legal Services, Belair-Edison Housing Services, and Neighborhood Housing Services. In the end, it will be nonprofit activists like these organizations and others who will have to assume the lion’s share of the work fixing the situation for troubled homeowners and advocating for policy changes that will protect future homeowners to get into trouble with their tax bills.—Rick Cohen