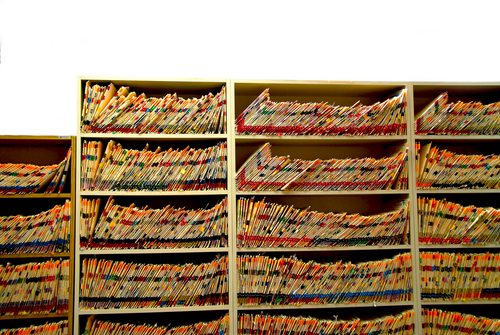 Sometimes, there are stories that repeat themselves across the country, giving us all a sense that a particular nonprofit field is under a lot of strain and flux. In this case, sadly, we are tracking on health clinics that close in disarray, at times leaving staff without their last paychecks, patients without transitions to ongoing care, and both without needed information. (See here and here for a few recent examples.) In some cases, a certain level of denial appears likely—a will to go forward despite all indicators that this may not be an option.

Even under these stressful conditions, there are standards of practice that should never be breached, and when vulnerable patients are concerned, the stakes are very high. I wrote last week about the Berkeley Health Center for Women and Men, which was ordered shut in January by U.S. Bankruptcy Court Judge William Lafferty after he had terminated the lease based on the parent organization’s ongoing inability to pay the rent. That parent is the Bay Area Consortium for Quality Health Care. After the group refused either to act on the order or to avail themselves of the services of an ombudsman who would have represented the interests of the patients, the judge, after taking executive director Gwen Rowe-Lee Sykes to task for neglecting to plan, finally this week sent federal marshals to evict the group as of Wednesday. In all of this, it appears at least from this report that no one was communicating with the patients of the clinic about what was occurring and reasonable precautions in the best interests of those patients may not have been taken.

Sam Levin, who has been covering the story for the East Bay Express, reported that a visit he made to the site after the eviction found no members of the organization present—he was let in by a representative of the landlord—but what was there were shelves and boxes full of confidential patient files..

Levin was told, he says, by the landlord’s representative that at least eight patients showed up for appointments, having not been informed of the closure. (There was even a note on the door explaining that the offices would be closed on President’s Day.) Levin reports that the landlord’s representative said one man came all the way from Contra Costa County because he could not contact anyone and was worried that he would be charged the standard $40 fee for a missed session. A few “externs” showed up, as well.

A message on the clinic’s phone, which this NPQ reporter checked again on Thursday evening, is a calm recitation of regular hours and location with no mention of the shuttering. Patients who try to call to cancel an appointment are met with a full voice mailbox. The organization’s website similarly has no mention of the closure.

Dr. Deborah Wafer, who had identified herself to the court as the “medical director” for Berkeley Health Center, told Levin Wednesday morning that she was now “volunteering” for the Bay Area Consortium for Quality Health Care and that the organization was making arrangements to transfer the medical records from the Ellsworth site. She says the group has intentions to continue the practice. The organization does have 15 more days to remove their belongings, but Levin noted that other things had been moved but not the records. The landlord’s representative informed Levin that they had not yet heard from anyone about the records.

Sykes is refusing comment and referring calls to board members and attorneys.—Ruth McCambridge