Can a Nonprofit Save a City? 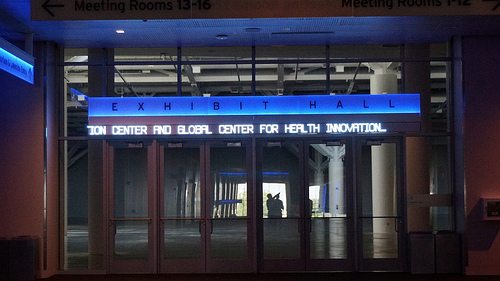 As a heart surgeon, Delos M. “Toby” Cosgrove’s first career was to save lives. Today, 73 years old and the CEO of the Cleveland Clinic, Cosgrove believes his job is to save the city. Next month, he and others will open the Global Center for Health Innovation, an offshoot of the Cleveland Clinic, which he hopes will make Cleveland a “medical destination city” for healthcare product companies and medical conventions.

The Cleveland Clinic is a state-of-the art, nonprofit, academic medical company boasting 46 buildings, 167 acres, and 42,000 employees. It has offices in Florida and will soon open in Abu Dhabi. Operating income ranges from $250 to $300 million and its assets total $10.5 billion.

Two other smaller, yet also successful hospital systems—University Hospitals of Cleveland and MetroHealth—are located nearby. Together, these medical facilities attract high-quality physicians to a part of the country that is otherwise distressed. As Forbes reports, the city’s “population has plummeted 17 percent to 396,816 between 2000 and 2010, and median income, already low at 66 percent of the national average, fell to 59.6 percent over the same period. Eighty-five percent of the city’s income tax revenue now comes from people who live in the suburbs.”

Over the years, healthcare has had a stabilizing influence on the local economy, but Cosgrove believes he can do better. Cosgrove wants to build a giant mall for hospital buyers. The medical mall would house futuristic showrooms to display and sell the many products hospitals purchase: chairs, medical gear, operating room equipment, wall coverings, air conditioning systems, televisions, and much more. After consulting with potential tenants, Cosgrove’s original ideas were expanded from showrooms to simulation rooms, allowing customers (hospitals) to try out products (such operating room supplies) in a safe setting. Typically, such product sampling takes place in working hospitals. This is disruptive to the hospitals’ daily operations and can be expensive. Simulation rooms in the medical mall would make it easier for buyers to interact with and test out products.

Cosgrove believes the Global Center for Health Innovation will attract healthcare companies to Cleveland and will boost the city’s convention business. County commissioners agreed. They levied a sales tax increase of a quarter-percent to raise the $465 million necessary to develop the medical mall and build a new, 767,000-square-foot convention center next door.

The Center will open in October and has 22 confirmed tenants, including GE Healthcare, Siemens, Philips Health Care, and Cardinal Health. Next door, the convention center is already open and has scheduled 89,395 attendees this year and more than 100,000 next year. It is expected that the $465 million in building costs could be recouped by 2016 in convention center bookings alone.

This has not been an easy process. With convention center business dwindling across the country, there are lingering concerns about how Cleveland’s convention center will fare in the long-term. There have also been numerous stumbling blocks along the way, including local politics.

But, in the end, it’s the scope of Cosgrove’s vision we should be discussing. Cosgrove has gone beyond a myopic, organization- or mission-centered focus many nonprofits adopt. He is looking long-term at not just at his organization or his subsector, but the economics of the city in which it is located. This, he considers, is an “almost patriotic obligation.” If his vision pans out, the impact on Cleveland will be nothing short of transformative.—Jennifer Amanda Jones