Can the Safety Net Survive the “Idiocy” of Sequestration? 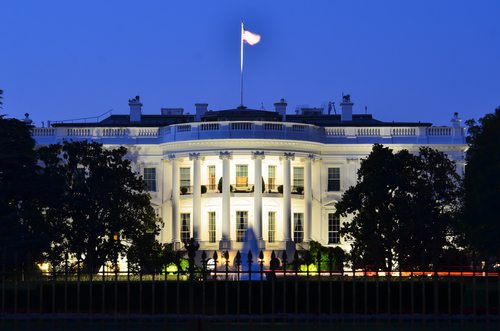 What should the nonprofit sector look forward to in the next phase of political warfare over looming fiscal cliffs? CalNonprofits, Northern California Grantmakers, San Diego Grantmakers, and Southern California Grantmakers held a webinar earlier this week on the recent fiscal cliff deal and what’s coming down the pike in the next batch of showdowns over sequestration-based budget cuts, the continuing budget resolution, and raising the nation’s debt limit. Among the webinar speakers were Tim Delaney, the CEO of the National Council of Nonprofits, and Jonathan Greenblatt, a special assistant to the president and director of the Office of Social Innovation and Civic Participation.

Despite politesse, there was a truly interesting and somewhat testy exchange between Greenblatt and Delaney that helped clarify where the White House stands on issues of importance to the nonprofit sector. The good news, we think, was that Greenblatt seemingly indicated that the White House was opposed to the pending domestic discretionary budget cuts that account for half of the potential $1.2 trillion in sequestration cuts that will take place if Congress and the president don’t come up with a better alternative.

The less clear news coming out of the webinar is where the White House stands on the charitable deduction. Greenblatt offered a strong statement of the president’s fiscal cliff success in preserving the charitable deduction in contrast to a theoretical Republican alternative of a quantitative cap on all deductions, though other than an off-handed debate comment from Mitt Romney, that proposal was never seriously floated by anyone of substance in the fiscal cliff negotiations. What was floated was President Obama’s proposal to set a 28 percent limit on charitable deductions and all other itemized deductions for high-income taxpayers.

Greenblatt acknowledged that the administration was “criticized pretty roundly” for the 28 percent limit proposal that was offered in every year of the first Obama term. Greenblatt told the webinar attendees, “The president made a point to engage the negotiating team to ensure that we knew that we had to ensure that the charitable tax deduction was preserved, not weakened.” He also told the webinar participants, “We will continue to work to preserve the charitable tax deduction” and that “we’re not talking about a cap as proposed by the president in previous proposals.” But when Delaney pressed for clarification on this point, Greenblatt seemed to walk that statement back, saying that he was “not at liberty to talk about the new budget.”

So the administration’s position appears unclear, though one might divine a hint in Greenblatt’s statements about the current “position of austerity” facing the nation in which “everyone is being asked to make hard choices, all of us to tighten our belt.” Other than a reduction in the deductibility of charitable donations, how else could the generic belt-tightening be asked of the nonprofit sector?

In any case, in the long run, minor changes in the charitable deduction may be less crucial to nonprofits and those that they serve than indiscriminate sequestration cuts to domestic safety net programs. “If these [sequestration] cuts go through,” Greenblatt warned, “they would be devastating for local communities.” Writing for Slate, Matthew Yglesias was less judicious in his description of sequestration, calling it “idiocy.” It’s hard to disagree with Yglesias when he describes sequestration as an “extremely crude cutting mechanism that essentially nobody favors but that seems likely to happen anyway…[that will] drag down the economy, impair the functioning of the government across the board, and do nothing to improve America’s fiscal sustainability over the long run.”

Will nonprofits try to hold the White House and its allied Democrats to their stated desire to protect the social safety net from sequestration? If nonprofits don’t speak up, Greenblatt’s hint of President Obama’s opposition to the domestic cuts could fade away.—Rick Cohen