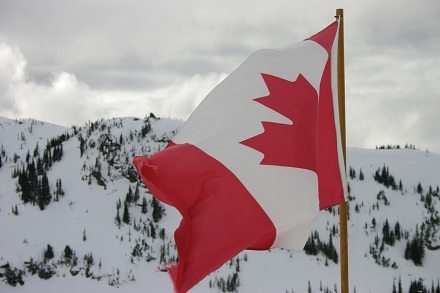 It is remarkable how little most Americans know about their northern neighbor. Can Americans name the prime minister of Canada (Stephen Harper), much less his party (Conservative)? For those Americans who recall the dashing Pierre Trudeau, would they know that Trudeau’s Liberal Party isn’t even the second ranking party in government, having been supplanted by the New Democratic Party (NDP), led by Thomas Mulcair? Do Americans know that Mulcair has a beard and that Harper is clean-shaven?

More important to NPQ readers is what we know—or should know—about the Canadian nonprofit sector, which is now facing new documentation requirements under the Canadian budget. According to the Globe and Mail, ”Non-profit groups will be required to ‘provide more information on their political activities, including the extent to which these are funded by foreign sources.’” The controversy centers on the government’s unhappiness with Canadian environmental groups opposed to Canada’s Northern Gateway oil pipeline through Alberta and British Columbia. It’s a sensitive issue, since the Canadian budget is pretty clearly relying on Canada’s energy resources—particularly oil exports—for much of its future economic prowess.

This past January, Canada Natural Resources Minister Joe Oliver condemned “environmental and other radical groups” that he said had “hijack(ed)” Canadian regulatory agencies and relied on “funding from foreign special interest groups to undermine Canada’s national economic interest.” That could almost have been a soundbite from the current U.S. presidential primaries with their “drill, baby, drill” sentiment around oil pipelines and against the intrusion of those pesky environmentalists. But what is really happening is a toughening of Canadian oversight in regards to the political activities of Canadian nonprofits. As explained by a columnist for the Ottawa Citizen, it deals with the “ten percent rule:”

“The ‘10-per-cent rule’ stipulates that organizations that want to retain their charitable tax status must devote no more than 10 percent of their time to political activities. Who decides what constitutes political activities? How do you quantify how much of the group’s energy is spent engaging in the offending behaviour? Big questions for which we have only partial answers. The bottom line, it seems, is that the CRA [Canadian Revenue Agency] can make those judgment calls. The job of charities is to follow the guidelines provided, in which there are examples of acceptable, minimally acceptable (not more than 10 per cent), and forbidden activities.”

The ten percent rule deals with political advocacy and apparently gives the Canada Revenue Agency additional resources in an otherwise revenue- and spending-slashed budget to inspect and enforce the political ten percent of what Canadian charities might be doing, including the activities that might take them over the line. The obvious target for the Canadian government is environmental charities because of their occasional funding from U.S. foundations, but what would stop the next Harper budget from turning the attention of the CRA to some other swath of nonprofits, perhaps those fighting for the rights of aboriginal populations or for immigrants?

Here is what the Canadian budget itself states on this issue: “Recently, concerns have been raised that some charities may not be respecting the rules regarding political activities…There have also been calls for greater public transparency related to the political activities of charities, including the extent to which they may be funded by foreign sources.” It’s important, however, to realize that there are only 86,000 registered nonprofits in Canada, only two percent of which even engage in policy advocacy. So why the stink?

It appears to be due to the corporate interests targeting the nonprofits. A representative of an organization called Ethical Oil, funded by corporations, complained that nonprofits “collect all the subsidies that registered charities enjoy, and yet do almost nothing but spend all day long hollering attacks against the oilsands.” The longtime target of this “foreign money” campaign has been Tides Canada, which has funneled U.S. foundation moneys to some Canadian environmental advocates that stridently oppose lifting a ban on oil tankers in British Columbia.

In a little bit of language that sounds more like China or Egypt than the usually politically open Canada, the budget also adds rules that govern foreign charities operating in Canada. Said charities can only apply for registered nonprofit status if they meet one of two criteria: they must either provide disaster relief or urgent humanitarian aid, or work “in the national interest of Canada.” That determination is to be made by the federal revenue minister in cooperation with the finance minister.

Although Americans may be relatively ignorant of our northern neighbor, it is all too possible that U.S. political leaders may look at the new rules of the Canadian government for inspiration to rein in troublesome, politically active U.S. nonprofits. Imagine if an American president and Congress were to legislate what constitutes “the American interest” or to try to restrict the nebulous concept of political advocacy to 10 percent of nonprofit activities? What if they were to initiate such draconian efforts to clamp down on nonprofit free speech in response to specific segments of the nonprofit sector—say, the nonprofits that are fighting to protect the individual mandate in health care reform or to promote a single-payer option? Or the nonprofits defending the Dodd-Frank restrictions on Wall Street?

It’s not hard to imagine a corporation-funded “ethical” business advocacy group railing against the U.S. nonprofits that collect “subsidies” and “spend all day hollering” on any number of issues. Americans ought to learn the name of the prime minister of Canada, and U.S. nonprofits ought to be watching the new policies of the Canadian government toward nonprofits very, very closely in case some free-enterprising American politician decides that the U.S. ought to clamp down on political advocacy and pernicious foreign ideas here.

CORRECTION: An earlier version of this article stated that Tides Canada stridently opposes lifting a ban on oil tankers in British Columbia. While it funds some environmental advocates with such a position, Tides Canada itself has no position on this issue. NPQ regrets the error.