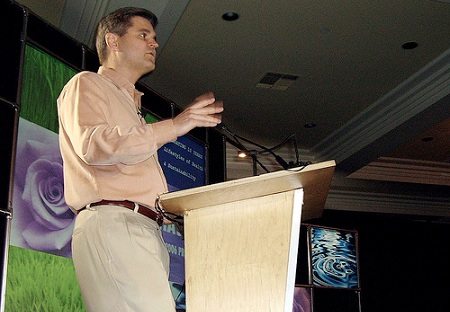 How about someone from the world of philanthropy moving to the cabinet of President Barack Obama? Businessweek reports that one of the talked-about potential candidates for Secretary of Commerce is Steve Case, identified in this article as the co-founder of America Online and a member of the president’s jobs council. But to NPQ readers, he is equally well known as chairman of the Case Foundation, which is run by his wife, Jean Case.

The context for discussion of Case for the cabinet is President Obama’s interest in finding a businessperson for his team who can handle the grueling Senate confirmation process. Case’s competition might be Jeff Zients, the current acting director of the Office of Management and Budget. Commerce might be a spot that attracts Case, particularly given that, on the campaign stump, the president called for the reorganization of various federal programs into a one-stop-shop “Secretary of Business.”

In recent months, Case has been talking like a potential Commerce Secretary with some high visibility press coverage of his ideas on entrepreneurship. In an interview with CNET News, Case called for the nation to “double down” on entrepreneurs. Case is also the chair of the Startup America Partnership and a prime mover behind the introduction of the Startup Act 2.0, which includes a provision to offer 75,000 “entrepreneur visas” for people who want to come to the U.S. and establish companies hiring Americans.

Case has also recently been visible in discussions of the economy and jobs, showing up at an Aspen Institute Washington Ideas Conference (co-sponsored by the Atlantic) and the Business Insider Ignition Conference. The Case Foundation is known for its “active citizenship” and social media work, but Case has personally taken a deep dive into American business policy as his calling card. If Case gets the nod for Commerce, would he be the first foundation CEO to move to a cabinet office?—Rick Cohen