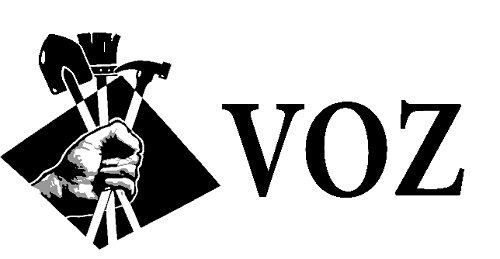 Last year, Pope Francis shook up the public with what’s now an amazingly famous quote in response to a reporter’s question: “If someone is gay and he searches for the Lord and has good will, who am I to judge?” While there have been multiple interpretations of what the Pope meant and even what he was responding to in specific, the statement nonetheless represented in many the hope of a softer, more human, more open attitude of the Catholic hierarchy toward LGBT persons.

While the Pope and the Vatican might (or might not) be more open to LGBT populations, U.S. Catholic bishops appear unmoved in their strictures around funding denials for groups that have any association with the concept of marriage equality. Writing for Street Roots News, Joanne Zuhl reports that the Voz Workers’ Rights Education Project, a day laborer organization in Portland, Oregon, turned down a $75,000 grant from the Catholic Campaign for Human Development because CCHD would have required Voz to drop its affiliation with the National Council of La Raza.

Voz’s development director, Ranfis Villatoro, said that the organization was shocked by the CCHD demand, which was conveyed to them during a conference call. Voz itself had never taken a position one way or the other on marriage equality, but decided to stand by its affiliation with NCLR.

If your organization is like La Raza, you might have the financial wherewithal to face off against even CCHD. NCLR’s Fiscal Year 2012 Form 990 reported revenues of $37.8 million and an end-of-the-year fund balance of $45.8 million. For Voz, the sacrifice of $75,000 takes courage, as the organization’s annual budget is only $310,000, according to Zuhl. A couple of local groups such as Basic Rights Oregon and Freedom to Marry pitched in $12,500 to assuage Voz’s sacrifice, but the organizational decision nonetheless represents a powerful statement of principle.

“The philosophy behind building borders between friends and allies has long been a debilitating instrument to slow the advancement of social justice and equity,” Voz’s Board of Directors said in a statement. “Alone we cannot achieve anything.”

Voz is hardly the first organization to bump up against the CCHD’s funding standards and won’t be the last, given the typical language of CCHD application guidelines. For example, the language in the Diocese of Richmond’s CCHD guidelines reads as follows:

“The activity for which funding is requested must conform to the moral and social teaching of the Catholic Church. Organizations that receive CCHD funds must not participate in or promote activities that contradict the Moral and Social teaching of the Catholic Church and must in no way work against the U.S. Conference of Catholic Bishops’ priorities to defend human life and dignity, strengthen family life and the institution of marriage, and foster diversity, or against the Legislative Agenda of the Virginia Catholic Conference. For example, organizations that support or promote same-sex marriage, discrimination, capital punishment, abortion, euthanasia, or punitive measures towards immigrants are not eligible for CCHD funding.”

In addition to that statement in the grant criteria, the Diocese adds this statement of policy:

Helping Latino immigrants, often undocumented, find work in Portland, Voz has provided services, it says, to gay and lesbian couples, but it would appear that the focus of Voz is on employment, not marriage equality. But for the CCHD, it appears that even a brush with NCLR or other organizations that have specific stances on marriage equality is too much for the bishops.

In our experience, this has happened to other organizations, but they are reluctant to go public about the issue in the hope that somehow, quietly, CCHD will relent and let funding flow, at least for organizations whose activities aren’t directly related to promoting marriage equality. Still, while Pope Francis asks whether he is anyone to judge gays and lesbians, the bishops who administer CCHD anti-poverty funds appear to feel no such reluctance, even when the organization in question, like Voz, is simply giving aid and comfort to gays and lesbians, as opposed to taking advocacy positions on marriage equality.—Rick Cohen