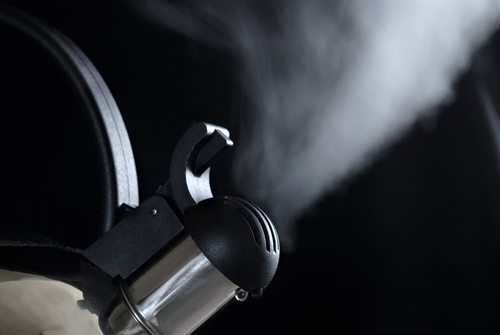 Common Cause has filed a whistleblowers complaint with the Internal Revenue Service charging that the American Legislative Exchange Council (ALEC) isn’t the 501(c)(3) law-abiding, regulation-abiding public charity that it purports to be. Specifically, the nonprofit Common Cause alleges that ALEC, another nonprofit, is all about lobbying for its corporate members and has thus violated the law for public charities.

ALEC says that it does no lobbying, but rather carries out public education of state legislators on issues such as business regulation and, capturing the public’s (and NPQ’s) attention recently, social issues such as voter ID laws and “stand your ground” self-defense laws. Using documentation from ALEC as well as information provided by anonymous sources, Common Cause alleges that ALEC funds lobbying efforts at a level well beyond the five percent of expenditures that public charities of ALEC’s size are allowed to do. As such, Common Cause is charging ALEC with tax fraud.

Common Cause made much the same claim about ALEC before, filing a complaint with the Internal Revenue Service last July and hearing nothing (though that’s not unusual, as the IRS just about never comments publicly on investigations and cases). Since then, Common Cause has made much of ALEC’s gun advocacy and voting restrictions agenda, causing several major corporations, including Coca-Cola, to drop their ALEC memberships. Even though a handful of corporations have dropped their funding and membership relationship with ALEC, Common Cause says that ALEC retains some 140 corporate members.

Common Cause charges that, by massively underreporting the amount of lobbying it does, the nonprofit ALEC gives its corporate members the benefits of lobbying at the taxpayer’s expense. Common Cause has recruited the law firm of Phillips & Cohen (no relationship to the author), which specializes in whistleblower tax fraud cases. The lead attorney on the case, Eric Havian, says that the ALEC complaint is “one of the strongest” they have ever filed. In a press conference organized by Common Cause, Havian called ALEC’s contention that it does nonpartisan research and analysis as an educational charity “absurd,” “a joke,” nothing more than taxpayer-subsidized corporate lobbying.

Whether or not the case is strong, Common Cause faces a couple of strategic challenges.  First and foremost is the very slow, methodical approach the IRS typically takes. Since the tax fraud whistleblower law was enacted in 2006, Havian said that there has been only one publicly announced reward under the statute. This complaint, like others, will likely gestate within the IRS for some years, with no information coming from the IRS on its status. So even if ALEC is found to have abused its public charity status, it will likely continue to operate as it has for years to come.

Common Cause CEO (and former Congressman) Bob Edgar’s assumption is that because of the potential liability to ALEC’s corporate members, “many of these companies will move away from ALEC as [the IRS] gets closer to a decision.” Should that be the case, that could also be a long process. Why not file complaints against ALEC’s corporate members and push the complaints with their shareholders, especially since this is the season for corporate shareholder meetings? At the press conference, Edgar said to stay tuned for potential action on that front, hinting shareholder actions might be in the offing.

For any nonprofits that might feel queasy about conducting the typical, minimal amount of lobbying allowable under the law, Havian suggested that ALEC is such a severe case of abuse of the lobbying standards that it can be easily differentiated from the rest of the public charity pack. For example, he said ALEC’s task forces and conferences “where nothing occurs but lobbying” consume 60 percent of the organization’s budget. If that’s the case, ALEC would hardly be comparable to a cautious nonprofit mindful of the law’s five percent limit.

Nonetheless, with some members of Congress believing that charities should do no lobbying of any kind, devoting themselves entirely to service and education, nonprofit leadership organizations might have to clarify the distinction between what Common Cause is claiming ALEC has been doing and the lobbying that 501(c)(3)s legitimately pursue. –Rick Cohen