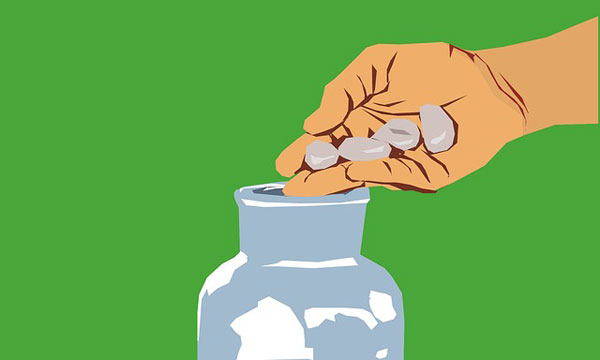 Just last week, philanthropist Michael Steinhardt took center stage when the New York Times reported that seven women accused Steinhardt of asking “them to have sex…or made sexual requests of them, while they were relying on or seeking his support.” At the same time, we have been covering the rapidly escalating rejections of Sackler philanthropy, as arts institutions have decided to turn down seven-figure grants from the family who made a fortune from their aggressive peddling of Oxycontin. In today’s lineup, we also have a story about a university’s acceptance over decades of tens of millions of dollars in grants from the conservative Koch family.

Ethical choices regarding gifts have always been hard, but in the current dynamic of declining numbers of smaller donors, consciousness about the costs of overdependence on large grants has been brought into greater focus—the kind of focus that requires from all of us an active strategic point of view.

Writing in the Washington Post, Lila Corwin Berman, professor of history and director of the Feinstein Center for American Jewish History at Temple University, uses her knowledge of the world of Jewish philanthropy to illustrate the changes that have made wealthy individuals more powerful and nonprofit organizations less willing and able to say no to men like Steinhardt. She spotlights the loss of power for collective, community-based fundraising and its replacement by vehicles like private foundations as a sea change in the nonprofit fabric that has resulted in the current power structure.

From her perspective, the movement of power from community to donor began when Jewish federations, which once focused on year-to-year fundraising to support the needs of their affiliated service organizations, began to take up a longer-term perspective that would attract the interest of their wealthier supporters.

They worked with lawyers, accountants and stockbrokers to learn how to sell…the idea of stepping outside of the annual campaign model, with its money in and money out logic, and, instead, embracing the idea of charitable giving as a long-term proposition. The financial logic may have been sound, but the change in culture from donations for immediate needs to gifts seen as investments in an unknown future was profound.

While collective community organizations like United Ways and federations may have seen this move as one that would ensure their own continuity, it taught their donors a lesson and diminished their own centrality. Wealthy individuals recognized they did not need the community organizations to provide this structure: “Jewish federations were joined and, eventually, overshadowed, by private foundations like the one Steinhardt runs, structures unlike federations that were built from the start to hold one individual or family’s wealth and release it slowly, often more slowly than investment income on it accrued.”

As organizations moved to create their own endowment funds and manage donor-advised funds for their supporters, they furthered this process of moving giving from a collaborative, communal activity to one of individual preference and control. Within the microcosm of Jewish philanthropy, the swing has been significant.

Thanks to favorable tax laws and policies that were steadily deregulating finance, private family foundations expanded astronomically: Jewish private family foundations alone increased from roughly 3,000 in the mid-1990s to approximately 10,000 no more than a decade later…by 2013 [they] held combined endowments of over $16 billion—the ideals of communal giving and accountability had truly become a thing of the past.

Nationally, the swing has been as profound. The number of private foundations has continued to grow, and for those who want many of the personal benefits of a foundation without all the overhead, donor-advised funds have become a vehicle of choice and are growing rapidly. All this reflects the growing importance of wealthy individuals. As NPQ has noted, “Over the past 14 years (for which we have data), we have seen a decline in the share of Americans who are donating at all, and a decline in the amounts donated by the typical American household.”

Small and large nonprofit organizations must respond to this reality. Planning for a future that’s funded by broad-based campaigns is a conscious and a political choice—a choice for self-determination. Seeking out long-term gifts from donors with sizable resources is attractive in the current philanthropic environment, but it comes with costs.

NPQ has also pointed out that the power of large donors to dictate mission and strategy is dangerous. “All nonprofits find some difficulty in saying no to offers of large, ongoing financial support. The allure of wealth is powerful and, particularly when times are tough, strong enough to tempt nonprofit organizations to muddy their missions and make principled decision-making difficult.” Dr. Berman’s lesson is that this concentration of wealth and power is dangerous at a more personal level. It makes saying “no” to a donor who oversteps difficult, if not impossible. Changing this stark reality will in future require vigilance and the kind of ethical wisdom that aims at saving others while redeeming one’s own soul.—Martin Levine