Confidential Nonprofit Info Passed by IRS to FBI in 2010 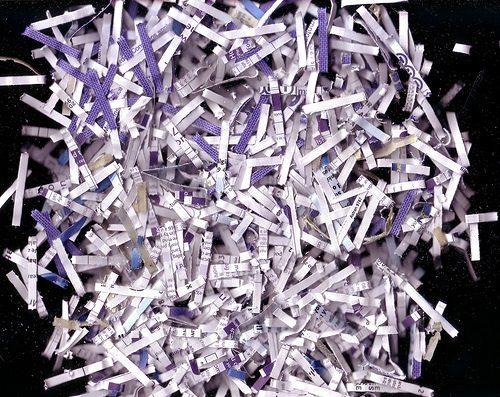 In October 2010, Lois Lerner, then Director of the Exempt Organizations Division of the IRS, arranged to provide the FBI with 21 disks containing over 1.1 million pages of information on 501(c)(4)s. The FBI says it did not act on the information contained in the disks and has returned the disks to the IRS. According to the IRS, the disks included confidential taxpayer information about 33 nonprofits included among the 12,000 organizations with records included.

NPQ has reported on previous incidents of accidental disclosure of confidential data from nonprofit tax filings, and this may be another example of the need for better data security at the IRS. However, the circumstances of this disclosure make it appear to be more sinister.

In a June 9 letter to IRS Commissioner John Koskinen, House Committee on Oversight and Government Reform Chairman Darrell Issa (R-CA) and Subcommittee Chairman Jim Jordan (R-OH) express anger and frustration. The House issued a subpoena to the IRS a year ago demanding all correspondence involving Lois Lerner, which would include the emails cited in the letter. However, the existence of the confidential information included in the 21 disks was discovered through the Justice Department, not the IRS. The letter notes that emails from the same period indicate that Lerner was involved in attempts to generate media coverage sympathetic to criminal investigations of 501(c)(4) organizations possibly engaging in excessive political activities. Testimony to House investigators quoted in the letter document that Justice Department lawyers did not allow a Justice Department official to answer House Oversight investigators’ questions about the 21 disks.

This isn’t the first time that inquiries to other agencies have turned up information on Lois Lerner and IRS actions regarding social welfare organizations before subpoenaed information was supplied by the IRS. NPQ reported that a Judicial Watch Freedom of Information Act (FOIA) request made to the Federal Election Commission (FEC) resulted in the disclosure of emails between Lerner and FEC officials concerning the sharing of Form 1024 applications for tax exemption by 501(c)(4) organizations whose applications had not yet been approved by the IRS, a possible violation of federal law.

In their letter, Issa and Jordan demand that Koskinen “immediately” disclose all IRS information relating to the 21 disks prepared by the IRS for the FBI, including why their existence “was withheld from the Committee for a year.” The longer it takes for information to be provided by the IRS, the more it looks like potentially incriminating information is being hidden or consciously withheld. The IRS has committed significant resources to complying and cooperating with the various investigations of the IRS scandal, but maybe it needs to commit still more. The investigators aren’t going away, and other agencies are providing relevant information about the scandal that is making the IRS look even worse that it already does.—Michael Wyland