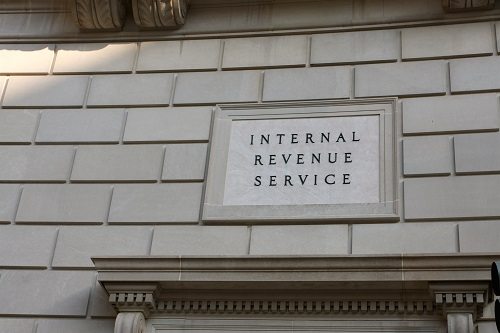 Memos and e-mails provided to Congress by the IRS indicate that singling out of potentially politically active nonprofits happened both before and after their approval for tax exemption. Meanwhile, new IRS leadership is in place, but over 60,000 applications await processing.

In a hearing held by the House Ways and Means Subcommittee on Oversight Wednesday afternoon, IRS Acting Commissioner Danny Werfel testified for about 90 minutes about his agency’s actions to address issues raised in the Treasury Department Inspector General’s report released in May. He responded to questions about data and statistics included in e-mails and memos provided to congressional investigators. He also reiterated his promise to provide more records as soon as possible, noting that more than 150 IRS personnel are working “day and night” to comply with requests and that the process is “nearer the end than the beginning.”

Subcommittee Chairman Charles Boustany (R-LA)’s opening statement was designed to demonstrate that the targeting of politically active groups continued after they were approved for tax exemption. The Determinations Unit (which reviews applications) was among sources for potential cases to investigate by the Examinations Unit, based in Dallas. Boustany’s statistics on these referrals, based on IRS-provided documents, indicated that the majority of the cases proposed for review by the Examinations Unit for political activity were from conservative groups, with relatively few progressive or liberal groups included. Werfel did not dispute the statistics, but implied they were incomplete and offered to have staffs meet to resolve any discrepancies. A statement released by the IRS after the hearing reiterated Werfel’s testimony that all cases referred to the Investigations Unit in Dallas were placed on hold by the IRS pending its review of its own procedures, so no groups have at this point been formally audited or had their tax-exempt recognition revoked.

Democrats on the subcommittee focused on the lack of evidence to substantiate that the targeting of politically active groups was politically motivated. Werfel was asked to confirm that the IRS has no evidence of political bias at this time, that both liberal and conservative groups were singled out, and that there is no evidence of IRS activity being influenced from outside the agency, including specifically the White House. While Republicans on the subcommittee released an update on the investigation that drew correlations between IRS activity and Obama administration statements, Democrats on the committee condemned the circumstantial and coincidental nature of the GOP presentation. “Unable to prove a link between the White House and the IRS conduct, Republicans now allege that President Obama and other Democrats sent subliminal messages through the media directing the IRS to target tea party organizations,” Cummings said in a statement. “This latest partisan staff memo demonstrates that Republicans are grasping at straws.”

Meanwhile, The Hill reports that subcommittee members continue to be frustrated by Lois Lerner’s continued silence. The former IRS Exempt Organizations (EO) Director, on paid administrative leave since late May, has invoked her Fifth Amendment right against self-incrimination and refused to provide testimony to Congress. E-mails sent by her to her staff, released by Congressional GOP investigators last week, were referenced by Werfel in his testimony as raising questions. He testified that the IRS made a point of “flagging” the e-mails to draw investigators’ particular attention to them as a possible basis for further investigation and questioning.

The investigations have prompted personnel changes at the IRS. Werfel reminded the subcommittee that the top five senior managers responsible for tax-exempt organizations at the IRS are new as of this summer. In addition, Werfel reported that, as of late August, there are 65,213 applications for tax-exempt recognition awaiting processing. Most of the applications are for 501(c)(3) charities, with about 17,000 for the other 28 classifications of tax-exemption. Werfel also stated that the IRS’s overall budget authority is about $1 billion less than it was last year, and that the agency has 9 percent fewer workers than it did in the recent past. Reduced workforce, a smaller budget, and the need to cooperate with multiple concurrent investigations are straining the IRS. The strain is likely to continue as the investigations continue.—Michael Wyland