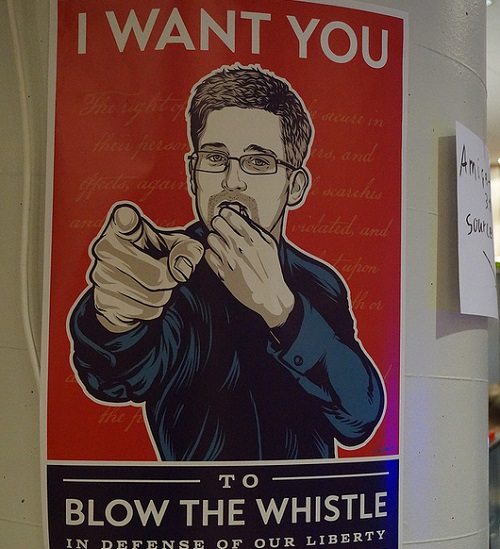 The line-up of witnesses testifying before the House Committee on Veterans’ Affairs hammered the Veterans Administration’s health system for its egregious treatment of whistleblowers. Incidents of retaliation and more added up to an oppressive, threatening bureaucratic culture of the sort that shouldn’t exist in a democratic nation. In the wake of the VA’s acknowledgement that it is investigating 67 claims of retaliation against whistleblowers, including 25 that have been filed since June 1st of this year, long after former VA administrator Eric Shinseki and President Obama promised to get to the root of the problems in the VA hospitals, James Tuchschmidt, the second-ranking official in the VA’s healthcare arm, said he was “very disillusioned and sickened by all of this” and apologized “to every one of our employees who feels their voice has been silenced or their passion has been stifled.”

Tuchschmidt had every reason to be disillusioned. One of the whistleblowers from the Phoenix VA Health Care System, a doctor named Katherine Mitchell, testified calmly and sadly about her experience as a whistleblower there, noting that she faced sham investigations, smear campaigns, job transfers, and denial of cooperation from nurses and administrators in response to her revelations. She described a VA culture that “places the interests of administrators above care for veterans, and ignores or harasses employees who speak out.”

“As much as you love the veterans, the administration wears you down,” Mitchell said, “and you begin to question your own professional abilities.”

In written testimony, the Office of Special Counsel acknowledged the problem of retaliation against whistleblowers. “It is clear that the workplace culture in many VA facilities is hostile to whistleblowers and actively discourages them from coming forward with what is often critical information,” the statement reads. “The number of cases increases daily.”

With so many instances of retaliation occurring even after Shinseki, his temporary replacement Sloan Gibson, and the president had promised changes, VA employees have logically gone outside the system, turning to nonprofits like the Project on Government Oversight (POGO) and the Iraq and Afghanistan Veterans of America (IAVA), which in May had offered VA employees a confidential channel for reporting abuses. By June, POGO reported that some 700 people had reported tips to the channel (and now says that some 800 people have provided information), but the VA sent the two nonprofits a subpoena demanding that they turn over the confidential complaints. For good reason, POGO and IAVA refused, protecting the whistleblowers from the retaliation that Dr. Mitchell and others testified about, especially since Mitchell has spoken publicly about the VA’s failure to protect whistleblowers’ anonymity.

As of the VA whistleblower hearing, it seemed clear that the VA had not withdrawn its subpoena against POGO and IAVA but had done nothing more to compel the two nonprofits’ compliance. “We have not received anything, no phone call, no fax, no anything. There’s really nothing we can read into that either,” Joe Newman, a POGO spokesperson, said. “We’d like to think it’s because they’re rethinking their decision but anything we say is just speculation. It’s just radio silence for now.”

Two lessons here for nonprofits: First, nonprofits have an important role to play in serving as outlets for whistleblowers in government—and in the corporate world—who would otherwise be bullied, defamed, and harmed by following “official” channels. Second, the revelations of systematic mistreatment of VA whistleblowers ought to remind nonprofits that they had better ensure that whistleblowers within their own ranks are protected from this kind of abuse.

We have frequently written of our admiration for the courage of whistleblowers, who stand up and speak out against public sector and corporate abuses at great and obvious risk to themselves. Let us also honor courageous nonprofits such as POGO and IAVA that carry forth the nation’s moral and legal commitment to whistleblowers—even if the nation’s powers that be won’t do that themselves.—Rick Cohen