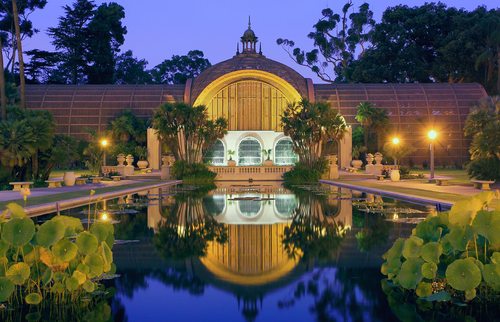 With San Diego’s iconic Balboa Park approaching its 100-year anniversary in 2015, nonprofit news service Voice of San Diego has been offering an interesting series of articles highlighting some of the challenges that area museums, cultural and conservation organizations, and the San Diego Zoo may face as preparations continue for this anticipated anniversary celebration. In a recent post as part of this series, Voice of San Diego reveals that the Balboa Park Conservancy, an entity that it reports was introduced in 2010 “as a savior group that would match high-level donors with some of Balboa Park’s most long-awaited features,” is still determining how it wants to be affiliated with the city and whether the city’s open meetings requirement would detract from its ability to appeal to major donors.

According to Voice of San Diego, the Conservancy was established in the model of New York City’s Central Park Conservancy, a massive entity that currently raises 85 percent of Central Park’s annual $45.8 million park expense budget and also maintains a partnership with the City of New York, which provides additional support for maintenance and enforcement. By way of introduction, the Balboa Park Conservancy website presents the organization as a “new public benefit, nonprofit entity to assist and partner with the City with governance, fund-raising and management of Balboa Park.” The product of an era of shrinking government funding, the website adds, “As competition increases for limited public financial resources, a look at the past portends that the city will not be able to provide adequate resources necessary to fulfill Balboa Park’s management and operational needs, to address major maintenance, repair and replacement requirements and to implement already approved and future capital improvement projects.”

In an attempt to work around San Diego’s open meetings sticking point, the Balboa Park Conservancy has reportedly added a few city officials to its board as non-voting members, including representatives from the Office of the Mayor and the Parks and Recreation Division. Next, the Conservancy plans to focus on carving out a niche for itself that is separate from other similar entities, such as the nonprofit Friends of Balboa Park, while still addressing ongoing park maintenance fees along with future restoration costs estimated to require more than $200 million. Reflecting on what the precise role of the organization might be, Balboa Park Conservancy board member Phil Rath told Voice of San Diego, “It’s not another fountain…It’s not something you can put a plaque on. It’s stucco facades that we’ve painted a hundred times and the paint’s holding the stucco together.” –Anne Eigeman