Credit Where Credit’s Not Due? Mass. YMCA Ups Transparency 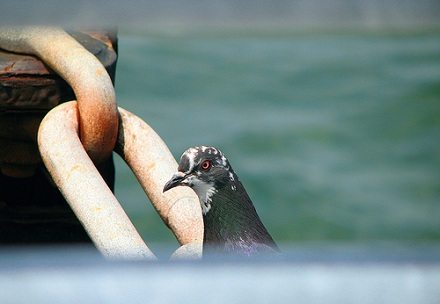 The Patriot Ledger is commending the South Shore YMCA, headquartered in Quincy, Mass., for revealing in its tax filings the business relations of its board members with the organization. The newspaper’s editorial is kind. This past June, the Patriot Ledger ran an investigative report showing 10 years of the YMCA’s practice of awarding contracts to companies that were “either owned by board members or employed members” of the Y’s board. The June article offered examples such as $2 million in architectural contracts to a former board member and the borrowing of $43.5 million from a consortium of bank and insurance companies well represented on the YMCA board. The Y reportedly didn’t disclose its board members’ outside business relationships: six Y board members are also on the board of Eastern Bank, six are also on the board of Quincy Mutual Fire Insurance, and one serves on the board of both of these two institutions involved in the financing.

The article wasn’t a full slam by any means, and it quoted Independent Sector’s Diana Aviv, who said, “Conflicts of interest will occur all the time, and it’s natural and normal.” She and others suggested that prohibiting board members from doing business with their nonprofits would make the recruitment of board members difficult. The most visceral critics of board members doing business with their nonprofit were Ken Berger of Charity Navigator, who suggested that such board members could gracefully get off the boards, and Joshua Humphreys of the Tellus Institute, who called for a “bright line” on the issue. While some of us lean toward the perspectives of Berger and Humphreys, there is no consensus on this in the nonprofit sector. But transparency shouldn’t be an issue. According to the paper, “As it has so often done throughout its history, the South Shore YMCA has risen to a challenge and taken an admirable first step in disclosing its board members business relationships in its July tax forms.”

This should have been obvious and automatic. It shouldn’t take a Patriot Ledger investigation to get a nonprofit to reveal its financial relationships with board members. The Y says it planned to make these disclosures all along, based on the recommendation of an auditor hired last year. Do they mean to say that not one previous auditor in the past 10 years ever recommended this step toward disclosure and transparency? If so, one wonders what those auditors were thinking. Did all involved miss the line in the 990 that specifically asks for information about insiders’ business dealings with the nonprofit? Come on!—Rick Cohen