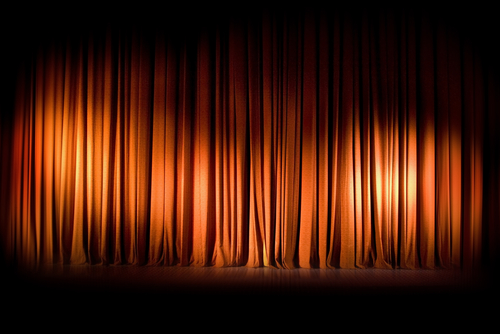 This recording of Placido Domingo singing Carmen at the New York City Opera is a fitting accompaniment to the following newswire:

NPQ has been closely following the struggles of classical arts organizations over the last year or so, recognizing that they have been experiencing a perfect storm of difficulties. But in those cases where the organization went out on a limb, overinvesting or in some other way putting itself in what in other times might have been recoverable difficulties, these times have been laying in wait like a predator.

And so, on Tuesday, the New York City Opera, an institution in the Big Apple since 1943, announced that it would immediately file for Chapter 11 bankruptcy—the kind that requires that the organization either liquidate or sell. Spokeswoman Risa B. Heller said that no one has come forward as a possible suitor yet but that there is still time.

With that, the season has been canceled, and whether or not the 3,500 people holding tickets will be reimbursed is uncertain. Heller said the company would petition the court to return the money, which has been held apart from other funds.

According to George Steel, who was brought in in 2009 as managing director, the company had reportedly been running a significant deficit for many years and its endowment had withered significantly. Faced with serious cash flow issues, Steele made the controversial decision in 2011 to move NYCO out of Lincoln Center to perform in various venues across the city. Many see this as a turning point, and not in a good way. The company also reduced the number of productions and performances, and it all eventually took its toll.

A statement by performers released by the American Federation of Musicians reads:

“As the musicians of the New York City Opera have long feared, NYCO management’s reckless decisions to move the New York City Opera out of its newly renovated home at Lincoln Center, slash the season schedule and abandon an accessible repertoire have predictably resulted in financial disaster for the company. Despite disagreement with this strategy, the devoted musicians made great sacrifices in wages and benefits to keep the Opera afloat. Lamentably, due to egregious mismanagement and a paucity of vision, instead of reaping the benefits of a strengthening economy, this most storied of cultural institutions now lies in ruin.”

City Opera’s creditors include the Nonprofit Finance Fund, which lent City Opera $150,000 last spring, which is still outstanding. Its other liabilities include leases and pensions. The remainder of City Opera’s endowment, which stands at $4.5 million, could potentially be protected from creditors. If it is, it could be passed along to another nonprofit with a similar mission.

In 2012, City Opera’s chorus and orchestra members took a pay cut of more than 80 percent. Some of them are looking for a new beginning. Tino Gagliardi, president of the orchestra’s union, American Federation of Musicians Local 802, comments that “their ardent hope is to continue to play the opera they love in a company with a respect for tradition and a bold vision for the future.”—Ruth McCambridge