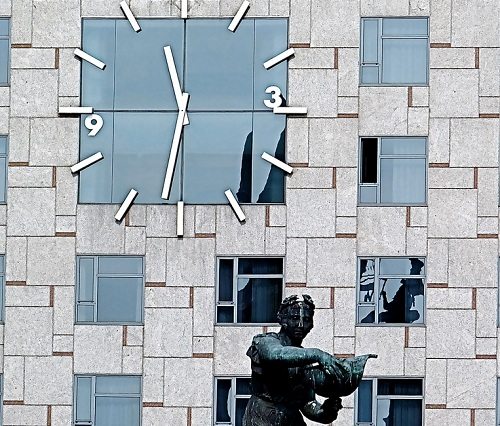 Lately, we have been regaled with news of billionaires committing half of their wealth to philanthropy. Fewer details have emerged about the strategies these new mega-philanthropists will pursue to effect their mammoth commitments to society. We can be sure that the professionals—each billionaire’s tax accountant, trust attorney, and financial advisor—will advise a common default solution: form a traditional private foundation. And while you’re at it, they will say, hire a professional staff, invest the endowment in a modern portfolio with broad diversification, and pay out the statutory minimum in annual grants to help assure the retention of “real” perpetual value.

Most will accept that advice. The seductive advantages include estate tax avoidance, continued control of assets, creating a venue for future collaboration among heirs, elevated social status, and a public memorial—complete with a halo—upon one’s death. Add the “best practice” blessing of the professionals, and the default solution is nearly irresistible.

But one question—perhaps the most critical—is seldom asked of the new philanthropists: what is the timing of the strategy you will pursue to maximize the value of your munificence? It’s not surprising that this question is typically avoided. Its answer may run counter to the interests of advising professionals and the seductive advantages the traditional foundation model confers.

The magnitude of these recent commitments, however, is bound to get some people asking some basic questions. Has billionaire behavior been altered as a consequence of the Giving Pledge? What are the consequences, in the alternative, of so many leaving so much wealth to heirs? Then there’s the complex question germane to our focus here: Might some philanthropists defy the advice, recognize a “time value of philanthropy,” involve themselves fully in immediate solutions to society’s problems, and “spend down” their philanthropic assets during their lifetimes?

The term “spend down” is used by philanthropy professionals to label foundations that concentrate grantmaking over a limited time period, often fifteen to thirty years. A number of us are keen to raise the “spend down” question, if only to get it on the radar screens of the giving pledgers. But in doing so, and by using this language, we may miss an opportunity to frame the subject of the time value of philanthropy in a balanced way.

When we ask someone, “Would you consider ‘spending down’?” we inadvertently reinforce the default traditional foundation standard and raise the alternative only as an exception to this rule. Further, unlike “granting,” the term “spending” is strikingly negative today, evoking associations with waste and profligacy. It diminishes the perceived value of more rapid grantmaking alternatives. Perhaps, “deliberate deployment” should replace “spending down” in the philanthropic glossary.

To assess philanthropist interest in deliberate deployment, it would be better to promote a more neutral reflection and ask prospective donors to identify their reactions to statements such as the following:

One might then ask, “When you think about your giving, how important are the following factors?”

Next, one might ask, “Given the relativeimportance of these values andbeliefs, which of the following strategiescharacterizes your intentions?”

Whether or not this is a useful approach to understanding intrinsic donor thinking about the time value of philanthropy will soon be tested. The London-based Institute for Philanthropy makes a habit of gauging the opinions of the global body of alums, serious philanthropists all, of its Philanthropy Workshops. It will soon assess alumni appetites for a range of time-delineated strategies for deploying philanthropic funds.

Sadly, even were we to identify a strong donor belief in the value of deliberate deployment philanthropy, it wouldn’t mean that behavior will follow that belief. Can we expect such sentiment to overcome the “nearly irresistible” advantages of the perpetual model and the dogma of foundation “best practices?” Frankly, it’s a long shot. But it’s a non-shot unless we begin the conversation with language that, unlike “spend down,” does not prejudice the response.

A. W. “Buzz” Schmidt is founder and former CEO of GuideStar USA and GuideStar International. He advises nonprofit and hybrid enterprises, and chairs the boards of the FB HeronFoundation and the Nonprofit Quarterly.