Disagreements in Church Invite Police and Some Questions 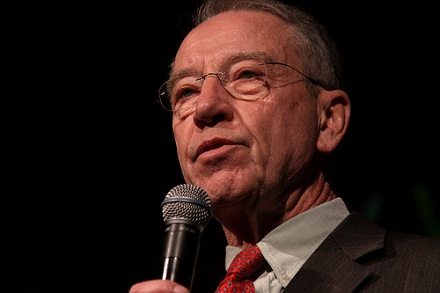 In North Richmond, Calif., a battle for control of the historic Richmond Missionary Baptist Church has resulted in charges of elder abuse and in the police being called to break up a disagreement that broke out after a sermon was completed. It is reportedly not the first time that this has happened recently. One incident at a meeting of church elders involved a 50-year-old pushing a man of 82, allegedly at the pastor’s direction, and resulted in the elder abuse charge. According to the Contra Costa Times, half a dozen or more elders of the church do not approve of the leadership style of the pastor and have retained an attorney to demand access to the financial records on the basis that it is a nonprofit corporation.

For his part, the minister, who is reported to be an active community builder, has retained his own representation to try to get restraining orders against the elders. The policeman who intervened this past Sunday declined to throw anyone out of the church but wrote in his report, “Based on my observations, this situation is going to continue to occur every Sunday…I believe without the proper mediation, violence between the two factions is going to occur.”

While there are likely many factors at play here, one appears to be a lack of transparency regarding finances. As many readers will know, churches are exempt from the need to file a 990 report required of most other nonprofit organizations, so they are typically self-regulating when it comes to their level of transparency. In his 2011 review of media-based ministries, Sen. Charles Grassley (R-Iowa) issued a memo that took up the question of transparency in churches. It reads, in part:

“The Constitution does not require the government to exempt churches from federal income taxation or from filing tax and information returns. Although tax exemption for religious institutions has been incorporated into American income tax statutes since the inception of the modern income tax in 1894, such exemption is a privilege, not a constitutional right. It has never been thought that freedom from taxation was a prerequisite attaching to the privileges of the First Amendment. The national government grants exemptions to ministers and churches because it wishes to do so, not because the Constitution compels. The collection and payment of … generally applicable tax … imposes no constitutionally significant burden on … religious practices and beliefs. The Free Exercise Clause accordingly does not require the State to grant [a religious organization] an exemption from … generally applicable … tax.

The state, having exempted religious organizations from taxation, can require, in return, that they show their entitlement to exemption by conforming to the same financial reporting and tax audit provisions that apply to secular nonprofit organizations. Requiring churches to file an annual information return does not offend either the Free Exercise Clause or the Establishment Clause. The free exercise inquiry asks whether government has placed a substantial burden on the observation of a central religious belief or practice and, if so, whether a compelling governmental interest justifies the burden…. Even a substantial burden would be justified by the broad public interest in maintaining a sound tax system, ‘free of myriad exceptions flowing from a wide variety of religious beliefs.’

A sound tax system requires accountability from organizations that receive special tax benefits such as exemption from federal income tax. Testifying before the Oversight Subcommittee of the House Committee on Ways and Means at the 1987 hearing concerning television ministries, Michael Sanders, a practicing attorney and professor of exempt organization law at Georgetown University Law Center, remarked that ―while I agree whole-heartedly with the propriety of certain special protections and procedures for religious organizations, we must also consider the government‘s compelling interest in assuring that tax exempt income is used for religious purposes as well as the public‘s expectation that this is being done.”

While having such a law in place might not eradicate the problem in this church, it would answer a larger need for accountability in all institutions that enjoy tax exemptions. –Ruth McCambridge