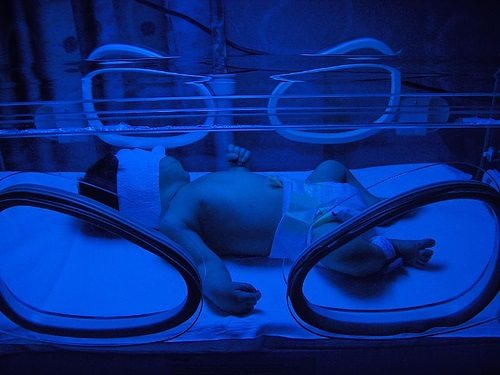 This is probably overstated, so we hope all dyed-in-the-wool defenders of the morality of free enterprise weigh in to condemn this perspective, but here it is: Boy, are we glad that we work in, with, and for nonprofits, and share in broad terms something that we’ve heard described as “nonprofit values.” Sure, it’s not like everyone agrees about what nonprofits stand for, but we’re reasonably confident that few nonprofit leaders we have met, no matter whether on the left or the right, would say what CEO Tim Armstrong said to justify his proposed changes in the 401(k) program offered by AOL to its employees.

In response to protests, Armstrong left his brain at the door and justified the change with two factors he said had created financial problems for the corporation. One was a generic attribution of financial problems to the advent of “Obamacare.” That kind of all-purpose, broad-brush blaming of the ACA for causing the company’s health costs to rise is intellectually dubious, to say the least. Obamacare has barely gotten off the blocks. Suggesting that national health insurance reform is to blame for AOL’s financial challenges is ludicrous at a minimum.

That wasn’t enough for Armstrong. He then added a second explanation that in 2012, “We had two AOL-ers that had distressed babies that were born that we paid a million dollars each to make sure those babies were OK in general. And those are the things that add up into our benefits cost. So when we had the final decision about what benefits to cut because of the increased healthcare costs, we made the decision, and I made the decision, to basically change the 401(k) plan.”

Yes, he blamed two babies who were covered on a family health insurance plan obtained through AOL. Deanne Fei, the mother of one of the two “distressed babies,” writes in Slate that she was surprised to learn that she and her AOL-employed husband were the reasons for Armstrong’s attempt to roll back the company’s 401(k) retirement savings plan. In the Slate piece, Fei explains the details about how she “supposedly became a drain on AOL’s coffers.” It is an amazing story that resulted in, after months in the NICU and dozens of medical procedures, a baby girl with photos in Slate that are nothing short of adorable.

Fei’s outrage with Armstrong is palpable and understandable:

“I take issue with how he reduced my daughter to a ‘distressed baby’ who cost the company too much money. How he blamed the saving of her life for his decision to scale back employee benefits. How he exposed the most searing experience of our lives, one that my husband and I still struggle to discuss with anyone but each other, for no other purpose than an absurd justification for corporate cost-cutting.”

She adds that at work, her husband’s colleagues grilled him on whether Armstrong was making his daughter the cause célèbre for the company’s retirement policy change.

After his blockheaded policy announcement—which followed reports of the best quarterly earnings of AOL in years—Armstrong succumbed to widespread criticism, including fact checking that revealed the financial implausibility of his arguments, and ultimately reversed himself and the proposed policy, though his retraction wasn’t quite an apology to the high-risk pregnant women and others who get covered by the health policy. While Fei’s “distressed baby” might have cost the company a million dollars (though it didn’t), Armstrong didn’t suggest that he reduce any of his $12 million in take-home pay that year to avoid having to downgrade the AOL retirement savings plan.

The significance of the AOL controversy to nonprofits? Maybe we’re wrong, but it’s really hard to imagine too many nonprofits pulling a stunt like Armstrong’s and blaming an unexpectedly difficult pregnancy for the change in retirement savings policies. As Fei notes, “Our daughter has already overcome more setbacks than most of us have endured in the span of our lives. Having her very existence used as a scapegoat for cutting corporate benefits was one indignity too many.” It might be worth noting that Fei’s husband worked for one of AOL’s highest profile “brands” as an editor of the AOL-owned Huffington Post.—Rick Cohen